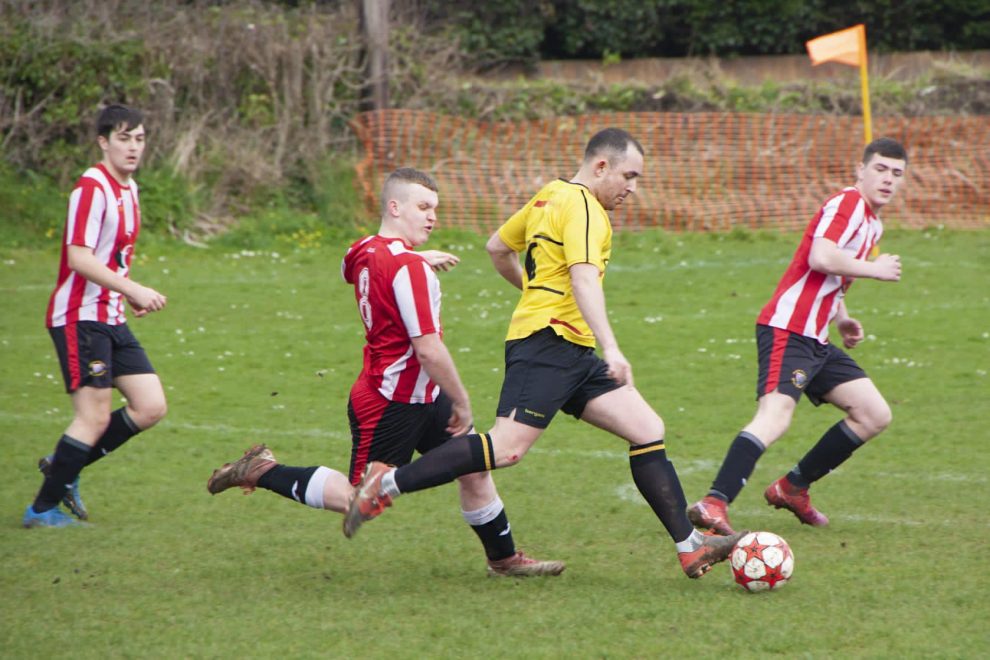 The Rangers found themselves a goal down after 8 minutes when James Williams opened the scoring for the Colts.

Rangers levelled the score five minutes later when Colin Harris netted his first of the afternoon.

Plough Colts took the lead again in the 21st minute when Lewis Tregembo scored to make it 1-2.

However Rangers replied instantly when Daniel Hall scored to make it 2-2.

With 32 minutes played Rangers took the lead in the game for the first time when Zachary Williams scored to make it 3-2 to the home team.

With four minutes to half time Rangers Colin Harris got his second goal of the game to extend Rangers lead to 4-2.

On the stroke of half time the visitors were awarded a penalty and up stepped Kieran Rainey-Jones to convert the spot kick, 4-3.

A frantic first half came to an end with both sides having all to play for in the second half.

It was Rangers who wrapped up the game in the 66th minute when Colin Harris scored again to make it 5-3 to the home team.

At the final whistle it was Mumbles Rangers Reserves who celebrated the win due in part to a fine hat trick of goals from Colin Harris.