Home » TNS made to work for win against Guilsfield 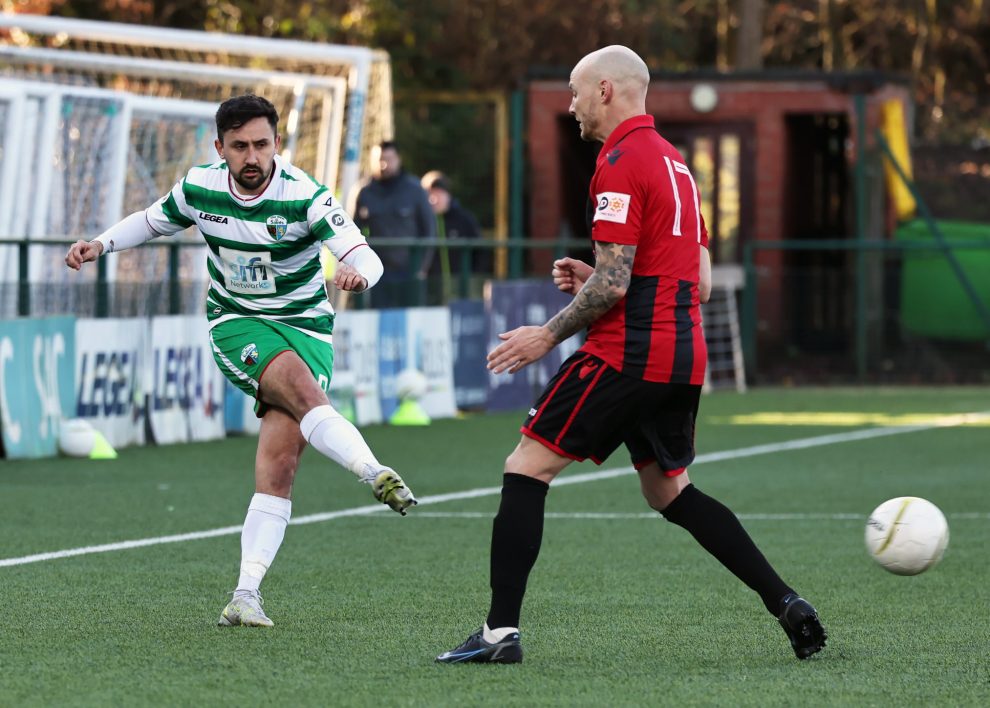 THE New Saints reached the semi-finals of the JD Welsh Cup after a 2-0 victory against Guilsfield at Park Hall on Saturday (Feb 19).

Despite dominating for the majority of the first-half, it took until stoppage time for the opening goal to arrive, courtesy of Jon Routledge.

Ben Clark extended the lead late in the second period, as Anthony Limbrick’s team picked up their ninth successive victory.

The game’s first chance went the way of the home side with three minutes gone, when Ash Baker sent a volleyed effort towards goal from the edge of the box.

Visiting goalkeeper, Michael Jones, managed to get a hand to the ball though, and after a scramble inside the area, Guilsfield cleared the danger.

In the seventh minute, an effort from Ryan Brobbel almost crept into the far corner, before some good work down the other end from Connor Roberts prevented Jolyon Harries from working an opening moments later.

Ben Clark was the next player to go close, but his tame effort in the 17th minute was easily collected by the goalkeeper.

With 24 gone, Ryan Astles sent a headed effort into the back of the net from a Ryan Brobbel corner, but referee, Cheryl Foster, pulled play back for a foul in the build-up.

It was Anthony Limbrick’s team who were enjoying all of the first-half possession, and they had a golden chance to take the lead seven minutes before the break.

The ball dropped to Jordan Williams a few yards from goal, but the number 17 was unable to convert from a tight angle and the visitors survived once more.

The two sides looked to be heading into the break goalless, but in the second minute of first-half stoppage time, the deadlock was finally broken when an effort from Jon Routledge evaded everyone inside the penalty area and found its way into the back of the net.

The second period continued in the same fashion as the first, with the home side dominating possession, and looking to add to their advantage.

In the 52nd minute, Blaine Hudson connected with the ball following a Cieslewicz corner, but the save was a comfortable one for the Guils’ goalkeeper.

They were under the cosh for the majority of the game, but Nathan Leonard’s side were afforded a rare opportunity with 68 minutes played, after Ryan Astles committed a foul on the edge of the box.

The resulting free-kick came to nothing however, as Harries’ effort was easily claimed by Roberts in goal.

Three minutes later, Hudson was involved again, as he watched his header come back off the crossbar before the ball was scrambled clear.

Eleven minutes from time though, Anthony Limbrick’s team finally put the game to bed, thanks to a well-taken Ben Clark goal.

The midfielder skipped past a number of challenges on the edge of the box, before slotting the ball into the far corner of the net, leaving Jones with no chance whatsoever, despite his best efforts.

They were made to work hard, but The Saints got the job done against a resolute Guilsfield side.

The draw for the semi-finals took place on Monday night (Feb 21) and has seen them pitted against Colwyn Bay.