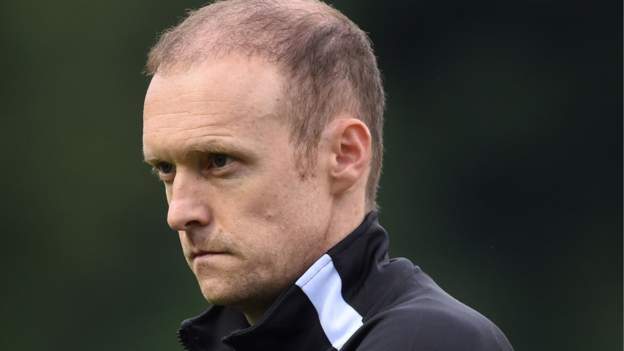 TNS have parted company with manager Scott Ruscoe and his assistant Steve Evans.

The pair had led the thirteen-time champions to the top of the Cymru Premier table but they departed on Sunday having drew 0-0 with Bala Town on Saturday.

The club has expressed their thanks and gratitude to Scott and Steve, who served the club well as manager and assistant manager respectively, as well as players for a number of years.

The club’s Head of Coaching, Christian Seargeant, will take temporary charge of team affairs, as the club prepares the search for the next permanent manager, with the post being advertised in due course.

The club will be making no further statement at this time.

Ruscoe took charge of the club in 2017 and he guided them to two league titles, a Welsh League Cup and Welsh Cup.

The New Saints are next in action on Saturday, March 13, when they travel to the Bridge Meadow to take on Haverfordwest County.