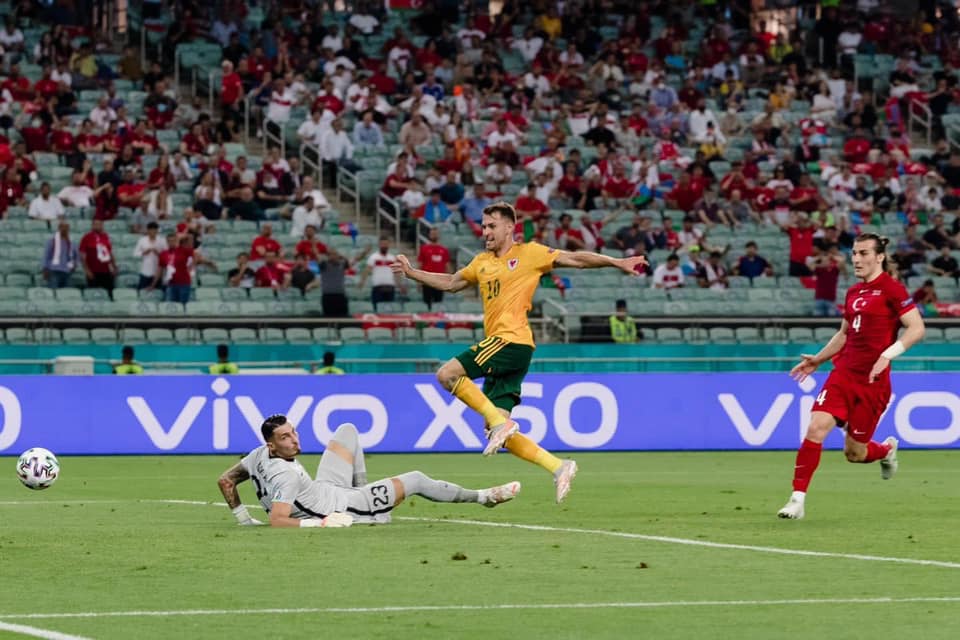 WALES took a big step towards the knockout stages of Euro 2020 with a 2-0 win over Turkey on Wednesday night (Jun 16).

Italy’s win over Switzerland on the same night means they top Group A on 6 points while Wales sit in second with four points.

Switzerland sit in third on one point while Turkey are yet to register a point and now have a goal difference of -5.

Wales and Italy will lock horns in the final group game on Sunday (Jun 20) for the right to top the group while Switzerland face the Turks.

Switzerland will have to win well if they are to overhaul their -3 goal difference and hope that Wales are beaten well by the Italians if they are to go through.

Turkey will have to win and hope it is good enough for one of the ‘best third placed team’ spots.

But Wales’ win over the Turkish in a hostile environment will stand them in good stead as they head to Rome for their final group game.

In Baku, they attacked from the off and should have gone ahead in the opening minutes when Aaron Ramsey cut inside but saw his shot saved by the Turkish keeper.

The impressive Dan James set up Kieffer Moore who headed over before Ramsey blazed a shot over the bar when he had time to pick his spot.

However it was a case of third time lucky for Ramsey who latched on to Gareth Bale’s ball over the top and then slid the ball into the bottom left corner of the net.

The goal came just three minutes from the break as Wales silenced the home crowd.

Turkey came out for the second half determined to get back into the game and they made a number of changes to their formation.

Captain Burak Yilmaz volleyed over from close range as they came close to equalising on a number of occasions.

Wales then had a chance to double their lead as Bale was brought down in the area and the referee pointed to the spot.

Bale staggered his run up but blazed the penalty over the bar to give the Turks a let off.

Mehri Demiral saw a good header well saved by Danny Ward near the end and Wales made them pay for their missed chances with a late second goal.

Rather than keep the ball in the corner, Bale made his way into the box and found Connor Roberts who poked the ball in to settle the game.

Wales will now look forward to testing themselves against the team who have arguably impressed the most this Sunday.

Italy have scored three goals in both of their opening matches now without really having to get out of second gear.

Rob Page’s side will undoubtedly cause the Italians a few more problems but the manager will still be looking for a strong performance with Wales all but guaranteed a place in the knockout stages.