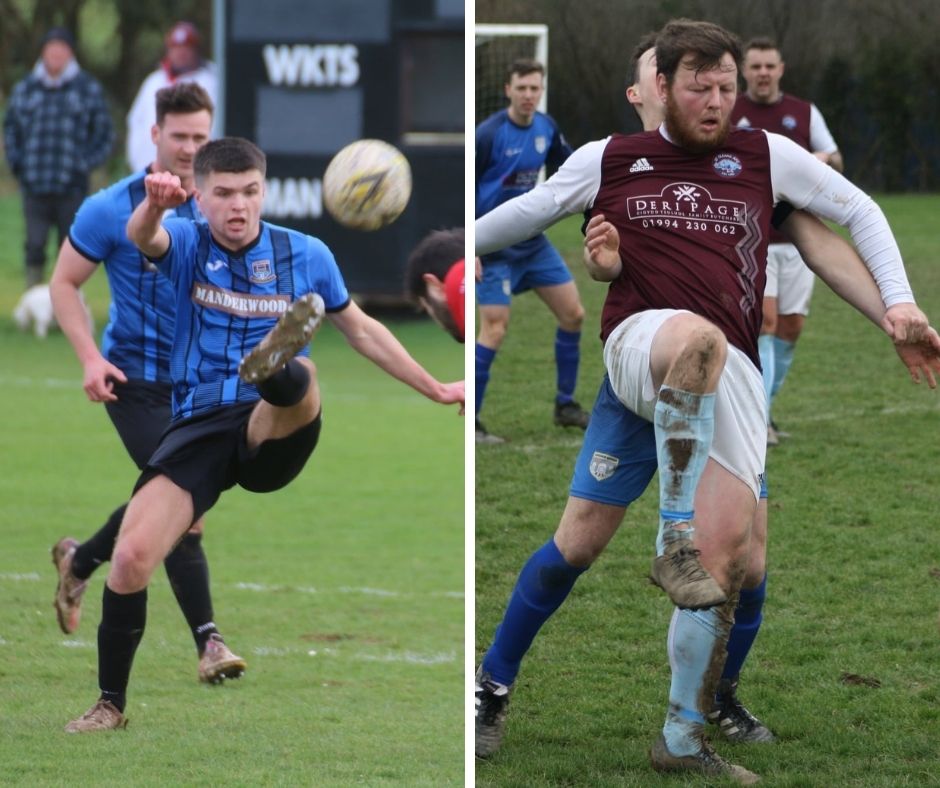 One of the ties of the round sees West Wales Premier League leaders Penlan Club travel to Pembrokeshire to take on Hakin United.

Seven Sisters Onllwyn, who also play in the West Wales Premier League, take on Pembrokeshire side St Clears who are in the quarter finals for the first time.

This promises to be one of the games of the round. Penlan sit top of the West Wales Premier League and are yet to taste defeat in any competition since losing in the FAW Amateur trophy on August 21.

Hakin United currently sit second in Division 1 of the Pembrokeshire League and have only lost once in 18 games since also losing in the FAW Amateur Trophy.

That game saw them beaten 1-0 by Monmouth as the Vikings pushed their Ardal South East opponents all the way before last minute goal broke their hearts.

In getting to this stage, Hakin have knocked out fellow Pembrokeshire side Carew, Bryn Rovers, Clase Social and Resolven.

Penlan have seen off AFC Glais, Blaen-Y-Maes and Maltsters Sports.

Both sides will see Saturday’s game as their biggest test of the competition thus far but both are looking forward to it.

Hakin manager Scott Davies said: “No doubt it’s going to be a tough game and it seems to be getting a lot of hype already but we will treat it as just another game and look forward to a good crowd at the obs!”

This also promises to be another exciting game with both teams confident of picking up a win.

St Clears have reached the quarter final stage for the first time and they are not coming to make up the numbers.

Seven Sisters are also expecting a tough game but they go into it on the back of a five-game winning run.

The Saints suffered defeat in the Pembrokeshire Senior Cup in their last game but they beat Carmarthenshire side Loughor in the previous round and also dumped out West Wales Premier League side Evans and Williams.

St Clears manager Nick Squire said: “First and foremost we’re excited heading into our first quarter final of the West Wales cup, with a group of players we feel are more than capable of progressing.

“After losing to Neyland in the senior cup it was important to put it behind us immediately and look at the positives instead of the negatives, we weren’t at our usual standards and that was something we could take away from it.

“We’re not looking to travel to Seven sisters to enjoy the day and treat it as a day out, we have a task in hand and one we feel is realistically achievable.”

Seven Sisters manager Simon Isaac said: “Now that last weekend is out of the way, our young team are now very focused and excited about the game on Saturday.

“All season, most of our focus has been trying to get through the WWPL at the 1st attempt to get into the Ardal leagues, but now we’ve come this far we’ll obviously be giving our very best to try and progress again.

“We are expecting a really tough game, no doubt about that. St Clears are a well drilled side and have beaten some really good teams this season in the WWC and their domestic league and cup. Been to extra time on a number of occasions as well so their fitness levels will be high.

“The Weather doesn’t look the best at the moment so conditions won’t be great, which should make for another entertaining contest! We’re expecting a decent crowd as well with no rugby this weekend, the boys will be well up for it and we’ll give it our absolute best on the day.”

South Gower go into this game in indifferent form with three wins and three defeats from their last six games.

They did beat Evans and Williams 2-1 last weekend and having already beaten Bwlch and Pembrokeshire Division 1 leaders Goodwick in previous rounds they will be keen to reach the last four.

Trostre though have suffered just two defeats all season, once in the league and the other coming against Penlan in the FAW Welsh Cup.

They have already been crowned champions of the Carmarthenshire Premier Division and will be looking to add more trophies to their collection.

They have also knocked out West Wales Premier League opposition in Morriston Town and will be keen to add another to that list.

They have also scored 95 times in 18 league games and will be full of confidence.

These two Swansea Senior League sides will be doing everything they can to reach the last four of the competition and both will see this as a game they can win.

Rockspur go into the game having booked their place in the semi-finals of the FAW Amateur trophy and will be keen to reach another semi.

They currently sit third in the Division 1 table with nine wins and one defeat to their name in their ten league games so far.

Division 2 side Plough Colts have also only played ten games but their eight wins sees them sit in second place in the table.

In the last round they beat Ynystawe Athletic on penalties following a 2-2 draw and have also knocked out Killay and Ragged School on their way to this stage.

It promises to be an exciting weekend of football and come the end of it the winners will be another step closer to stepping out on the pitch at the Swansea.com stadium for the final.