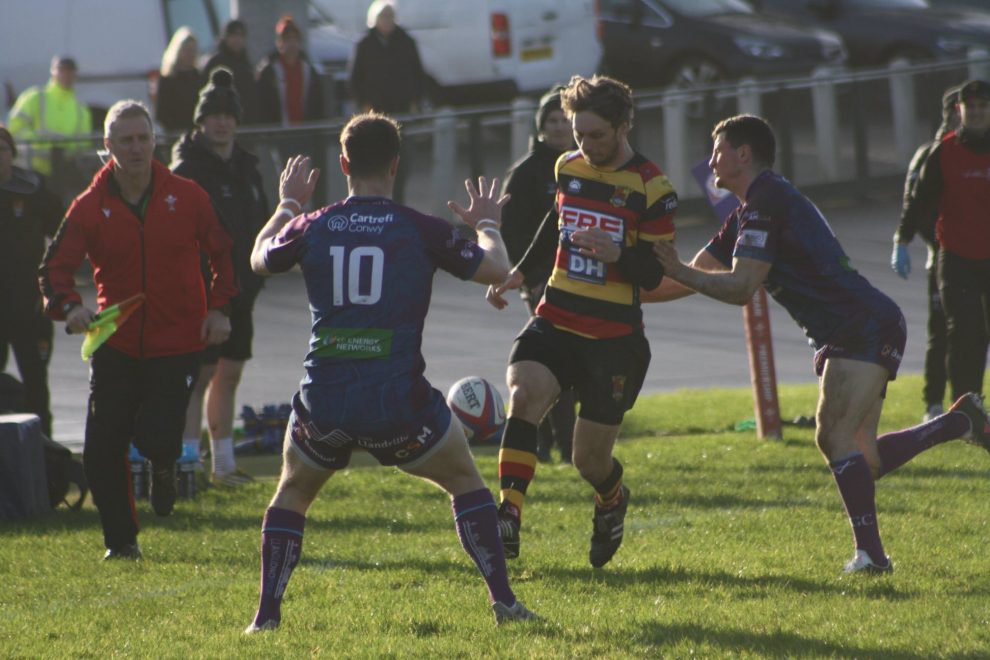 THE fixtures for the 2022-23 Indigo Premiership season have been released with the first round of matches scheduled for September 3.

Champions Cardiff will kick off the defence of their Indigo Premiership title at the home of arch-rivals Pontypridd.

Steve Law’s side pipped Newport to the top spot with four successive wins in April, including bonus-point triumphs over Pontypridd and Merthyr at the Arms Park, to end a point clear of the Premiership Cup winning Black & Ambers.

The two teams will play their return fixture in the Welsh capital on Boxing Day as one of five festive derby clashes.

There will be a return to home and away matches for all teams and play-off matches to determine the champions will return at the end of the season.

“The derby games that will open the season will be a great start for the supporters. Then they will have the return legs to look forward to over Christmas,” said Premier Division Clubs and Ebbw Vale RFC chairman, Jon Jones.

“Everyone is delighted to see the return of the traditional league format after the disruption of COVID and the return of play-offs will add jeopardy and meaningful fixtures right to the end of the season.

“There have been some notable signings at many clubs that will add real quality to the league. Welsh internationals and seasoned regional players will be joined by a raft of top-quality signings from the Admiral Leagues with many young and talented players following the proven pathway that the Premiership provides.”

Play-offs were last used to determine the champions in the 2016-17 season when Merthyr triumphed 22-18 over Aberavon at the Talbot Athletic Ground. The first season the play-offs were introduced was 2009-10 when Neath beat Swansea 3-1 on try count after the game ended as a 22-22 draw at Cardiff Arms Park.

Pontypridd won four successive titles via the play-offs, while Ebbw Vale won the title at Sardis Road in the 2015-16 campaign.

“Last season went right down to the wire and the 2022-23 campaign looks like being even more exciting with the return of a play-off system to determine the champions,” said WRU Community Rugby director, Geraint John.

“There was an appetite from the clubs, players, fans and broadcasters to see the play-offs return and there will be prize money for the two finalists as well as a home venue advantage for the top ranked team. The semi-finals will also be played at club grounds.

“The viewing figures for the Thursday night live and weekend matches grew over the course of the season and there was a general feel-good factor about the Premiership as Newport won the Cup and Cardiff took the league title.

“Even more importantly, the tournament as a whole was invaluable in giving the young, aspiring professionals at many of the regions a proper baptism in senior rugby. Mason Grady and Cameron Winnett played for both Cardiff RFC and the regional side last season before playing in the Wales U20 campaigns.

“The U20 outside half Dan Edwards had a full season at Aberavon, as did Ben Williams, while Iestyn Hopkins got game time at Swansea. Many other of the current Wales U20 squad in Italy were also involved in Premiership cup and league matches and there is a huge desire across the board to continue to raise standards.”

The new season will kick-off with a round of derby clashes. The champions, Cardiff head to Sardis Road to face Pontypridd, while cup winners Newport host Ebbw Vale. Carmarthen Quins will welcome Llandovery, Llanelli host Swansea in what will be the Whites’ 150th anniversary season and Aberavon will be seeking revenge over Bridgend at the Talbot Athletic Ground after losing to them in April.

“There is no doubt Sardis Road is going to be a tough place to kick-off the defence of our title, but at least we are back home for the return fixture on Boxing Day,” said Cardiff head coach, Steve Law.

“Our new model in conjunction with the regional side worked well for the club, and the players last season. We ticked most boxes in that we won the league and helped a number of players move through the ranks.

“We will have a highly competitive squad of semi-pro players to help support and nurture the academy stars at Cardiff Rugby next season and the goal will be to keep our hands on the title.”

Former Wales defence and Wales Women’s head coach Rowland Phillips has taken over from Dale McIntosh at Merthyr, while ex-Sale Sharks and Scarlets hooker Marc Jones will be the new man in charge of coaching at Carmarthen Quins. Ex-Ospreys and Cardiff Blues forwards coach Tom Smith has moved in at Bridgend and will be joined by ex-Wales international hooker Scott Baldwin.

There have been some significant summer signings with Wales’ caps Dan Baker and Tavis Knoyle stepping down from regional rugby to play in the Premiership. No 8 Baker is heading from the Dragons to Aberavon, while Knoyle is joining Josh Lewis in leaving Rodney Parade to join Merthyr.

The Ironmen have also recruited long-serving Ospreys lock Lloyd Ashley, while a third Welsh international, Adam Warren, is returning to his home club of Llandovery.

RGC have re-signed Wales U20 flanker Ethan Fackrell for the whole of next season and he will return to Colwyn Bay, having made six appearances last season, after playing in the Six Nations U20 Summer Series in Italy.

The Gogs will warm-up for the new campaign with three friendlies. They will all take place in north Wales, with the newly crowned English National League 1 champions Caldy facing RGC at Ruthin on August 12, the Royal Marines heading to Llangollen on August 20, and a Dragons XV meeting Ceri Jones’ men at Llangefni on August 27.

“Standards are rising, the quality of the matches is improving and the tournament is becoming increasingly competitive. The WRU is investing more money into the Premiership and the media profile is increasing,” added John.

“We continue to examine ways to make the Premiership an even better gateway to full-time professional rugby for the top young talent in Wales and will remain in constant dialogue with the clubs to find the best way to keep the tournament on an upward curve.”