Home » Ironman Wales will go ahead with ‘some changes’, organisers have confirmed 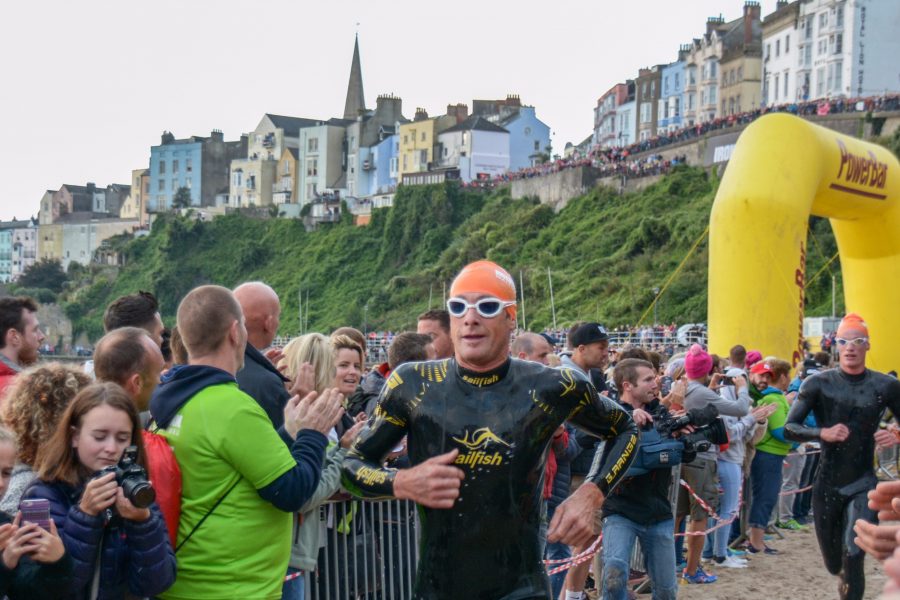 THE ORGANISERS of Ironman Wales have confirmed to The Herald that they have made the decision to go ahead with the event in Tenby and its surrounding area this Sunday as planned, but the Ironkids event due to take place on Saturday, has been called off.

After speculation that the triathlon might be called off, following the announcement earlier today that other sporting events have been postponed this weekend in light of the passing of Her Majesty The Queen, a statement released by the event organisers this afternoon reads: “The sad news of the death of Queen Elizabeth II has been felt deeply by many within our community and we share our condolences with the Royal Family.

“In light of further updates from national government and in consultation with local stakeholders, we can confirm that this weekend’s Ironman Wales event will continue as scheduled on Sunday, September 11.

“We will, however, be making some changes to the weekend activities as the UWTSD Ironkids Wales event originally planned for Saturday, September 10 will no longer take place.

“Ironman Wales is an event that inspires thousands and showcases the immense strength of the human spirit. We are honoured to host athletes and be welcomed into the Pembrokeshire community.

“We understand that many athletes would like to dedicate their participation in the event in honour of Her Majesty, and encourage athletes to pay their respects as they feel comfortable to do so. A moment of silence will also be observed at swim start on Sunday as a mark of respect.

“We thank Tenby and Pembrokeshire officials, the community, and our partners for their guidance and support. We wish all athletes a safe preparation ahead of Sunday’s event,” continued the spokesperson.

An email communication has been sent to participants. Athletes requiring further support are requested to contact [email protected]

The organisers of the Saundersfoot Triathlon due to take place on Saturday (September 10) cancelled the event earlier today, in light of the passing of Her Majesty the Queen, with Activity Wales posting the following statement on social media this morning: “As a mark of respect and to acknowledge Her Majesty The Queen’s passing, we have made the decision to withdraw Saundersfoot Triathlon from this year’s calendar.

“As a local company, we have had the privilege of delivering some incredible events to Pembrokeshire. With the community at the heart of everything we do, we feel it would be completely inappropriate to deliver an event of such scale during a time of national mourning. All athletes have been contacted via email and text.

“Our thoughts and prayers are with The Royal Family and the wider community at this incredibly sad time.”

Premier League and EFL football fixtures have been postponed for the weekend; however events such as The Great North Run will go ahead as planned on Sunday, with a total of 60,000 people entering the half marathon from Newcastle to South Shields.