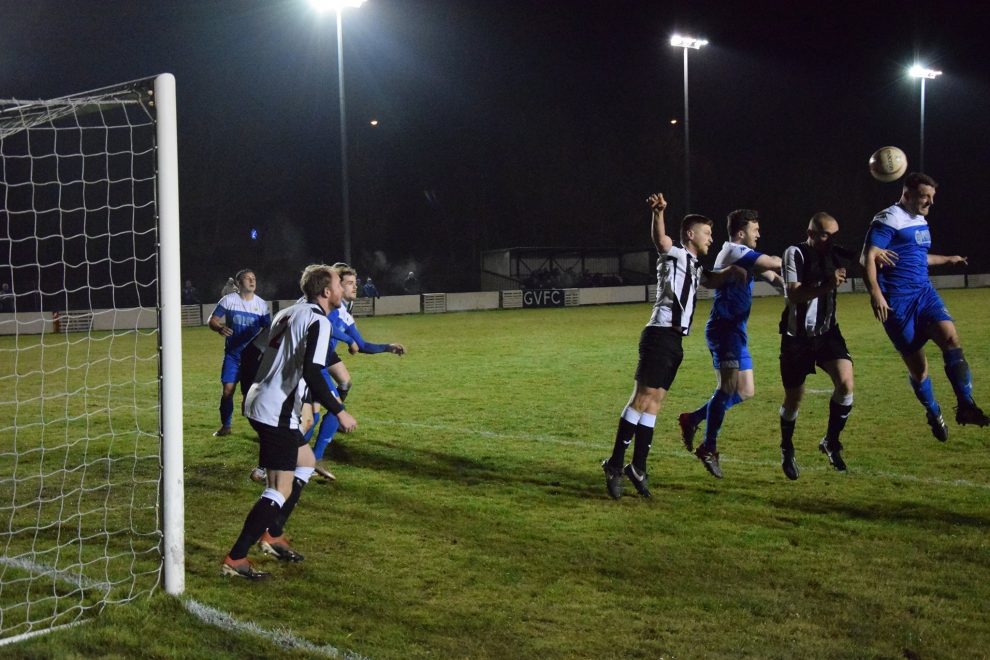 CWMAMMAN United thought they had done enough to claim their third win in succession but were undone by a late equaliser when a late corner flew over the challenging players and into the net.

On a perfect evening for football Cwm once again settled quickly under the lights and put Garden Village under pressure very early on.

A good block by Village keeper Dion Carrol from Calem Rees was quickly followed by a Cam Isaac shot being deflected just wide.

Both sides were looking to break quickly but defences were on top with Gareth Howarth and Luke Sherbon strong at the heart of the Cwm defence while neither side could get dominance in the crucial final third in a fairly quiet first half.

With Cam Isaac running at the Village defence and Geraint Rees and Ryan Thomas prompting Cwm continued to create chances while Kai Rees was having a relatively quiet game for Cwm in goal.

Ashford saw a shot whiz just wide across the goal while a Thomas volley from outside the box forced a great save from Carroll.

Cwm brought Elian Evans on for the injured Davies and Mikey Morgan and Jordan Simpson for Isaac and Geraint Rees.

It was Simpson who broke the deadlock in the 72nd minute when he ran on to a sharp cross from Hurlow and powered a bullet header past the keeper.

Terry Maynard replaced Sherbon and Cwm seemed to be comfortable and seeing the game through when disaster struck.

In the 86th minute a swinging corner from Dean Selvage beat a number of leaping players and keeper Rees to find it’s way into the net.

Both sides now pushed for the win but defences held and Cwm came away with a good away point but would feel they were so close to three.