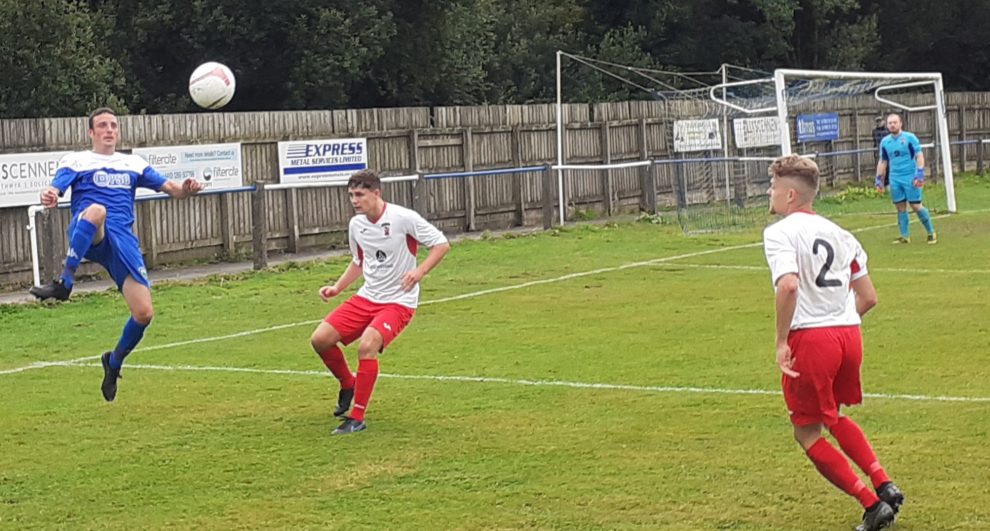 CWMAMMAN UNITED started their league season campaign with a disappointing home defeat to a young hard working Dinas Powys side.

Even with some key player unavailability this week Cwm started much more fluently and both sides were playing open entertaining football.

Just before half time with Dinas Powys having a good spell Geraint Rees made an excellent last ditch clearance and Marsh made a brilliant save tipping a low goalbound shot around the post.

After good Cwm pressure early second half with Scott Thomas causing problems and Ryan Hurlow, Calem Rees and Ryan Thomas all having half chances a through ball from the opposition found Harrold unmarked and he managed to get it past Marsh.

Cwm increased the urgency with Sean Howells and sub Rob Morgans now gaining traction in midfield and a neat flick on found Calem Rees free in the box. He jinked past a couple of defenders and his shot deflected into the net off a defender,

The game ebbed and flowed with Dinas Powys getting the better chances and it took a couple of top class saves from Marsh to keep Cwm level. Just as it looked like we were heading for a draw in the 85th min a long ball was allowed to bounce freeing the away team winger.

His ball across the goal saw a misunderstanding in the Cwm defence which saw Harrold pounce for the winner.

Disappointing for Cwm and they will now look for improvement for the visit of Llwydcoed on Tuesday evening and the FAW Trophy cup tie with Hakin United next Saturday.