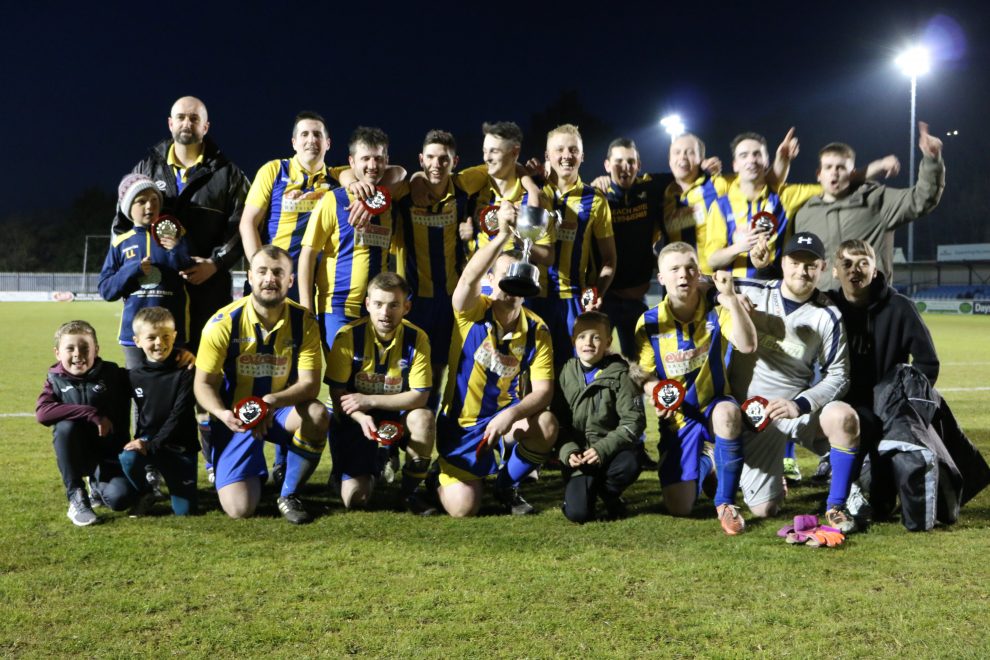 FOUR first half goals were enough for Pendine on Wednesday night (Apr 10), as they beat Milford United Seconds to win the Division 3 Cup.

Damien Lewis starred for Pendine as he scored twice and also assisted the fourth goal as they all but won the game in the first half.

Milford had beaten Monkton Swifts seconds 2-1 in their semi-final while Pendine won by the same scoreline against Carew Seconds in their semi.

Pendine earned a 2-0 win against Milford earlier in the season and the two sides play each other again on April 27.

The final was played at the Bridge Meadow in Haverfordwest and those in attendance did not have to wait long for the first goal as the Carmarthenshire-based side took the lead after three minutes.

Justin Blewitt saw his header hit the bar but brother Julian was on hand to head in the rebound.

With quarter of an hour gone Damien Lewis doubled Pendine’s lead when he shot low into the net from eight yards out.

Just after the half hour mark Lewis flicked the ball on to Jac Haley who drove the ball hard and low and into the net.

Lewis was involved again two minutes before half time as he cut in from the right and his angled shot went in to make it 4-0.

Milford had their chances as William Goodall saw his header hit the bar but they were unable to find a way into the game.

They knew they faced a mountainous task in the second half if they were to get back into it.

Both sides had further chances to score but Pendine were safe in the knowledge they had done enough in the first half to seal the victory.

Pendine still have a number of league games to go and on Saturday (Apr 13), they will look to build on their cup win when they host Milford Athletic.