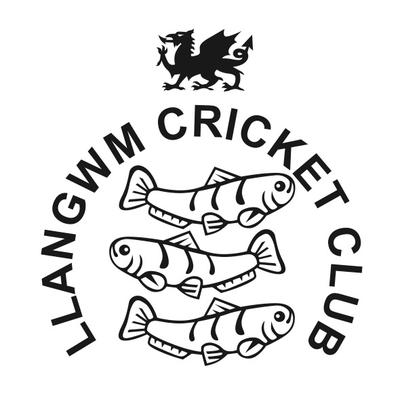 LLANGWM booked their place in the semi-finals of the Harrison Allen Bowl on Tuesday night (Jun 22) as they beat Carew by five wickets.

Carew were beaten finalists in 2021 and would have hoped for another appearance in the end-of-season showdown but it wasn’t to be.

After winning the toss and chosing to bat they could only post 139-9 from their 22 overs.

They lost Nick Davies early on as he was caught by David Lewis off the bowling of Joe Phillips.

Steven Mills then trapped Rhys Davies leg before and Chris Inward then had Shaun Whitfield, who had reached a score of 19, caught by Luke Brock.

Inward then also bowled Simon Wood for a first ball duck as Carew were in trouble on 38-4.

That became 42-5 as Ceri Brace was caught by Noah Davies off the bowling of Phillips.

Luke Hicks and Ian Sefton shared 24 runs for the sixth wicket but Hicks fell on a score of 16 (1 four, 1 six) when he was bowled by Noah Davies.

Sefton and James Hinchliffe then shared 34 runs for the seventh wicket to take Carew’s score on to 100.

Hinchliffe was then caught by Lewis off the bowling of Mills and soon after he trapped Sefton leg before wicket.

Sam Harts and Iori Hicks then shared another 22 runs for the ninth wicket as they looked to give themselves something to defend.

Hicks hit two fours as he finished not out on 21 from 13 balls while Harts hit a six in his score of 11 before he was run out by Joe Kiff.

Needing 140 to win, Llangwm made a good start to their reply with Joe Kiff and Steven Inward sharing 45 runs for the opening partnership.

Kiff cracked two fours and two sixes in his score of 29 from 19 balls but he was then caught by Ceri Brace off the bowling of Simon Wood.

Inward and Steven Mills then shared 28 runs for the second wicket as they continued to put runs on the board.

Inward hit two fours and a six in his score of 33 but he also fell to Wood when he was caught by James Hinchliffe.

The boundaries kept coming though as Mills and Noah Davies added another 41 runs for the third wicket.

Mills hit a four and a six in his score of 30 from 29 balls but he was then bowled by Hinchliffe.

Noah Davies also hit a four and a six in his score of 20 but he was then bowled by Sion Jenkins.

Matthew Kiff also fell to the bowling of Hinchliffe for a third-ball duck as Llangwm slipped to 125-5, raising Carew’s hopes of victory.

However, Chris Inward and Luke Brock held their nerve to seal the win for Llangwm with one ball to spare.

Inward finished unbeaten on 11 while Brock hit a four and a six in his score of 12 from 4 balls to see Llangwm into the semi-finals.

It will be their first semi-final in the competition since 2018, when they were beaten by Lawrenny, and they will be hoping they can go one better this time around.