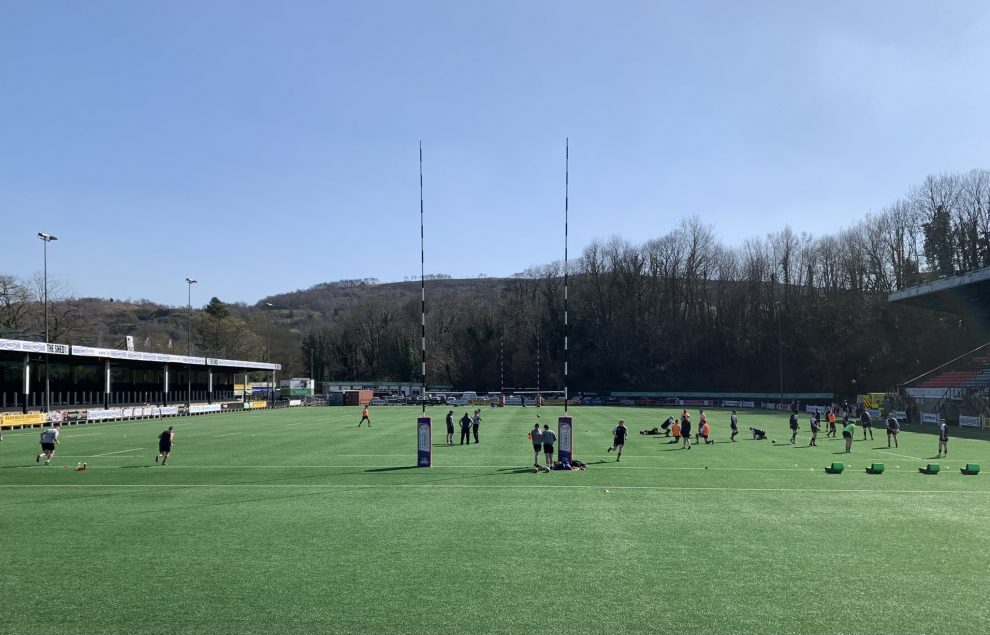 NEWPORT secured their place in the final of the WRU Premiership Cup on Saturday (Mar 26) as they beat Cardiff 34-28 in a topsy-turvy game.

Both sides held the lead on a number of occasions but it was Newport who eventually came out on top.

It was also a historic win for Newport as they secured a fourth win of the season over Cardiff, the first time they have ever achieved that feat.

It was Cardiff who took the lead early on though as Dan Fish scored a penalty and soon after Cameron Winnett crossed for the game’s first try. The conversion was missed but Cardiff held an 8-0 lead.

Newport hit back with a try from Will Talbot-Davies and Matt O’Brien added the extras.

Fish then extended Cardiff’s lead with a penalty but Newport then took the lead as Talbot-Davies crossed for his second try and O’Brien again added the extras to make it 14-11.

Cardiff responded with a try of their own from Alex Everett and Fish added the extras to bring the score to 14-18.

On the stroke of half time Newport scored another penalty through O’Brien and the sides went in at the break separated by just one point.

It was Newport who got the first score of the second half as O’Brien went over for the try and he then picked himself up to add the conversion.

Cardiff hit back again though with Ellis Bevan the next to go over the try line and Fish converted to put his side back in front.

Back came Newport and they regained the lead when Jamie Jeune went over and O’Brien again added the extras to make it 31-25.

O’Brien then stretched Newport’s lead to nine points with a penalty.

Fish responded with a penalty to bring the score to 34-28 but they could not find any further score and Newport hung on for a thrilling win.

It means they will go on to face Aberavon in the final at the Principality Stadium on April 24.

Before that, the sides return to league action with Cardiff making the trip to face Llandovery on Saturday, April 2.