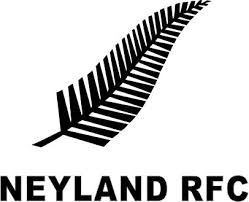 NEYLAND suffered defeat against Cwmafan in the Division 3 Cup on Saturday (Sept 17) as the home side ran out 36-20 winners.

Neyland had first half tries from George Williams and Iestyn Evans but the home side went in at the break with a 12-10 lead.

The visitors battled well in the second half but the home side ultimately had too much for the Pembrokeshire All Blacks.

Rhys Hardy and Lewis Page were among the try scorers for Cwmafan who also had two tries each from Garin Williams and Ashley Mortimer. Garin Williams also added three conversions.

Neyland’s second half tries came from Oliver Rothero and Harrison Grice as they earned their side a bonus point.

The game was well refereed and was played in good spirit between two good teams.

The next round of cup matches for Group K is on October 15. Neyland are set to play Laugharne while Cwmafan travel to Cefneithin.

Neyland return to League 3 West A action on Saturday, September 24, as they host St Clears.