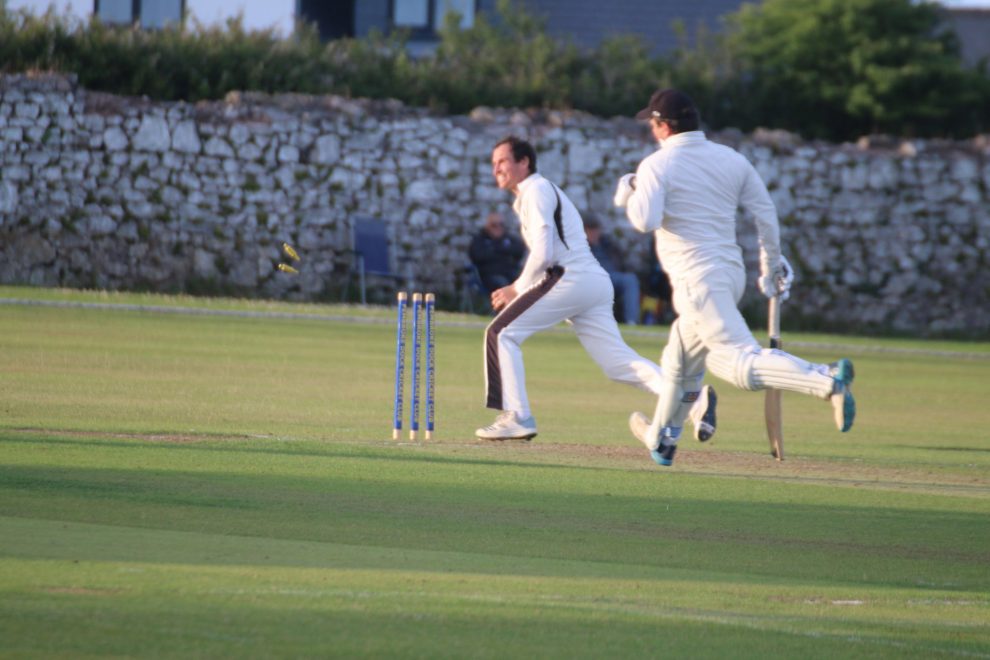 NEYLAND are back in the final of the Duggie Morris once again after beating holders Lawrenny in the semi-final on Thursday night (Jun 30).

Lawrenny had broken Neyland’s dominance of the competition with their win last year and Thursday’s game was another exciting clash between the pair.

Neyland won the toss and chose to bat but they could only score 136-7 from their 20 overs.

They lost opener Patrick Bellerby early on when he was bowled by Rob Williams and soon after, fellow opener Paul Murray was caught by Steve Lewis off the bowling of Jamie Lewis.

That left Neyland on 15-2 but Andrew Miller and Ashley Sutton shared 47 runs for the third wicket.

Miller hit a four in his score of 25 but he was caught off the bowling of Finley Lewis.

Sutton and Gregg Miller added another 41 runs for the fourth wicket but Steve Lewis trapped Sutton leg before to reduce Neyland to 103-4. Sutton had hit three fours and a six in his run-a-ball score of 44.

Miller clubbed two fours and two sixes in his score of 26 from 16 balls but he was then bowled by Ryan Morton.

Patrick Hannon hit two fours in a score of 10 but he was also bowled by Harry Thomas who also bowled Lewis Page.

Jack John and Sean Hannon then took Neyland to their total, the latter finding a crucial boundary in the latter stages, as Lawrenny were set 137 to win.

Kyle Marsh started well for Lawrenny, hitting five fours, four of them coming in a row at the start of the third over, but with the next ball he was then caught by Sean Hannon off the bowling of Gary Lloyd.

Marsh had scored 22 from his 15 balls and soon after he departed, Lloyd trapped Harry Thomas leg before for a duck.

Steve Lewis was out for a score of 13 to Andrew Miller and his wicket saw Lawrenny slip to 36-3.

Troy Purslowe and James Phillips then added 34 runs for the fourth wicket. Purslowe hit two fours and a six in his score of 22 but he was then caught by Patrick Hannon off the bowling of Miller.

Ryan Morton came in and hit a six but he was then caught by Patrick Bellerby, again off the bowling of Miller.

At the start of the eighteenth, Lawrenny needed 37 to win but had James Phillips well placed on 29 from 22 balls.

However, the game changed in the space of two balls. Joe Kidney was bowled by Patrick Hannon and with the next ball, Phillips was run out by Ashley Sutton.

There was to be no hat trick but the four wickets in quick succession had seen Lawrenny slip to 105-9.

In the last over, Jack John had Rob Williams caught by Sutton to bring the game to a close.

Neyland will now look forward to the final against Pembroke, to be played in Burton on Sunday, July 17.