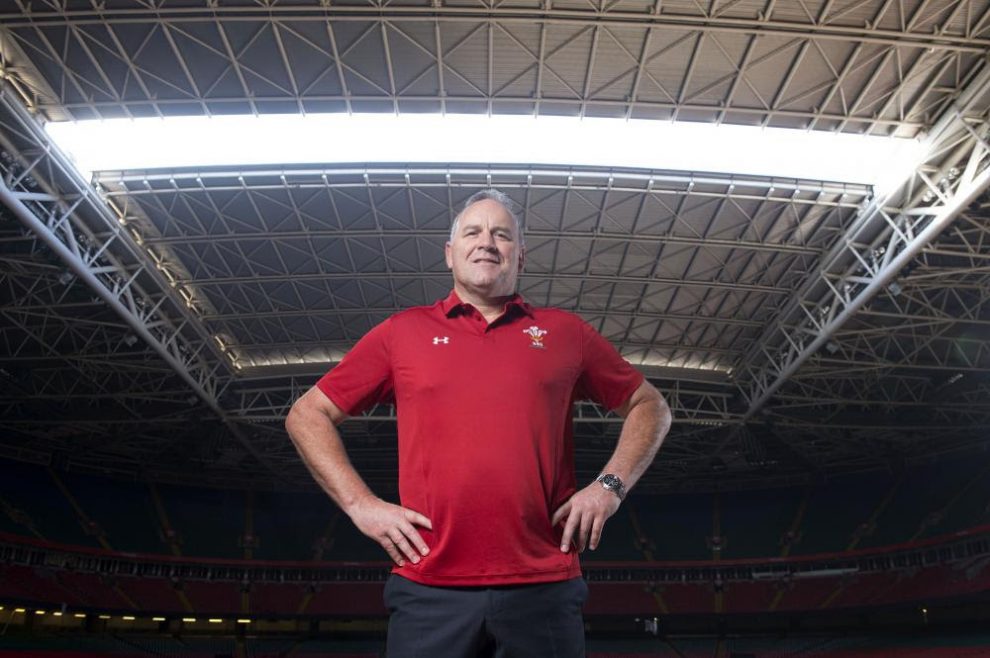 THE current Scarlets boss will take over from Warren Gatland, who is scheduled to step down after the 2019 Rugby World Cup when he will have served more than 12 years at the helm.

Replacing the longest serving and most successful head coach in the history of the game in Wales has been a major priority for Welsh Rugby Union chief executive Martyn Phillips since Gatland confirmed his decision to move on at the end of his contract in December 2019.

Pivac’s appointment is the result of a two year process undertaken by Phillips and WRU chairman Gareth Davies, which has involved meticulous research and extensive consultation, and this announcement leaves a year-long gap ahead of his start date, by design.

The 55-year-old former Fiji and Auckland boss – and one-time coaching colleague to both Graham Henry and Steve Hansen – will remain at the 2017 Guinness Pro12 winning Scarlets for the entirety of the 2018/19 season and will only officially come under WRU employment in July 2019.

Gatland, of course, continues in exclusive charge of Wales up to and throughout the RWC, but arrangements for a smooth handover can now be planned in earnest, with the distraction of speculation entirely removed.

“In Wayne Pivac, we have secured the best man for the job and we have done so rigorously and decisively to the collective benefit of all involved in Welsh rugby,” said Phillips.

“I am extremely grateful to the Scarlets for their support of this process and their chairman, Nigel Short, in particular who has been first class throughout.

“Both Wayne and Warren and their coaching teams, our international players, supporters and everyone at the Scarlets now have clarity and there is no underestimating the positive benefit to be gained from having the time to plan properly for the future.

“We have avoided the feeding frenzy that can come at the end of a RWC year and we have been meticulous in ensuring we have someone of the talent, experience, charisma and rugby acumen to do the very best possible job for Welsh rugby. The handover process is something we will plan carefully and commence in detail next summer.

“And, for the Scarlets, what coach, whether they are in Wales or anywhere around the rugby playing world, would not relish the opportunity to join a team of such rich history and proven professionalism?

“I would like to think that given the heritage of the Scarlets, their culture, passionate supporters, their track record of success and the quality of their squad that the head coach position will be one of the most sought after in rugby.

“In the meantime, it is vitally important that there are no distractions for Warren, his backroom team and his players and it is equally necessary that Wayne is able to concentrate exclusively on the Scarlets’ progression throughout the season ahead.”

Pivac will be the 23rd man to lead Wales since David Nash was appointed head coach in 1967 – a WRU panel of selectors ran the international teams before that time.

“It’s both a huge honour and a privilege to have been asked to be the next Wales coach,” said Pivac, whose impressive coaching CV includes a hat-trick of NPC titles with Auckland, before being voted New Zealand coach of the year in 2003, an international stint with Fiji – where he won the Pacific Tri-Nations (’04) and the 2005 RWC Sevens – and lifting the Guinness Pro12 trophy with the Scarlets in 2017.

“I know I’m following in the footsteps of someone who is held in extremely high regard, not only by the Welsh public, but also by the players who have played under him and I will be doing my best to protect the legacy which Warren Gatland, with the help of those players, will inevitably leave behind.

“What Martyn Phillips has achieved here is fairly unique in world sport, I have a further 12 months to dedicate my time to the Scarlets and, in the background, the necessary plans and preparations can be put in place to ensure a smooth transition after the World Cup.

“To be able to complete the process this far in advance helps the Scarlets, helps Wales and affords me the luxury of time in which to prepare in earnest for one of the biggest jobs in the world game.

“I’ll do everything in my power to reward the two men alongside me here today (Gareth Davies and Martyn Phillips) who have put their faith in me, but also to live up to the expectations of the hugely passionate and knowledgeable rugby loving Welsh public.

“It will be an almighty challenge, but one that I’m more than ready for and one that I will relish.”

WRU chairman Gareth Davies said: “You only have to look at the way the Scarlets play and their recent achievements to get excited about the prospect of Wayne Pivac coaching Wales.

“We have undertaken a hugely thorough process to make this appointment, it has been more than two years in the making and we were both impressed by Wayne throughout and by the variety of his accomplishments during a lengthy career in coaching.

“Wayne will bring the holistic approach to the job we are looking for and will be immediately ready to pick up where Warren leaves off – he offers the complete package and we are delighted to have secured his services.”

The finer details of Pivac’s transition period to Wales, succession planning at the Scarlets and the make-up of his backroom staff, will begin to be ironed out post-Wayne’s Scarlets responsibilities, with no further announcements on any of these subjects to be expected before next summer.

Pivac’s full and immediate attention will return to the Scarlets and the season ahead, with the confirmation of his appointment as the next coach of Wales being accompanied by the full backing of his current employers.

“We see Wayne’s appointment as a major and significant endorsement of the successful environment we have fostered here at the Scarlets,” said the Scarlets General Manager of Rugby Jon Daniels.

“We have been involved with this process at every stage alongside the WRU and are particularly grateful to have a full season to now work on our own succession planning for Wayne’s departure.   Obviously we are sad to see him go, but we would not, for one second, have considered standing in his way when the country came calling and our focus is on ensuring his final season in charge sees him go out on a high as we continue to plan for the future.”

Gatland is also focussing on the here and now, but the man who has won two Grand Slams, reached a Rugby World Cup semi-final and will have led Wales on more than 120 occasions by the end of his third RWC campaign in 2019, is delighted with his countryman’s appointment.

“I would like to congratulate Wayne on the appointment and the honour of being named head coach,” added Gatland.

“Martyn and Gareth have been meticulous in their search and once they decided who the best man for the job was, they have signed him up, putting any speculation to rest.

“From a Wales squad perspective, that’s all we can ask for, we can now focus on the challenge ahead and continue to build for RWC 2019 without any distractions.

“The World Cup is a key focus and Wayne’s early appointment will help us keep that focus. Additionally I’m determined to ensure that Wayne is given the best possible opportunity to succeed in this job when he starts after the World Cup and I will do everything I can to help him.

“With the announcement now public we can plan properly and ensure smooth transition to benefit the future of Welsh rugby.”