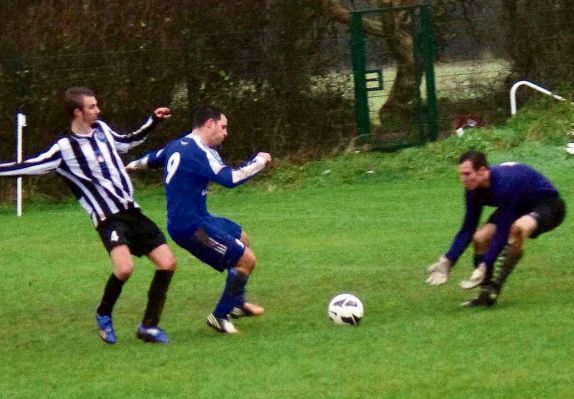 THE WIzARDS continued their good form with a convincing win over Neyland away from home.

The Bridge took the lead in the first minute when Matthew D’Ivry converted a Simon Thomas corner to score.

It was two-nil after 11 minutes when Nathan Greene completed a good midfield move, and Steve McNabney made it three-nil just before half time.

Henry Durrant pulled one back for Neyland on the hour mark, but D’Ivry made sure of the points minutes later with a well taken goal.

The game was marred by an neck injury to Bridge keeper Daniel Birch, and because of the delay in getting him off the pitch, the referee decided to abandon the match after 76 minutes because of fading light.

Tigers ease through to next round
Team of the week: Haverfordwest County
Comment