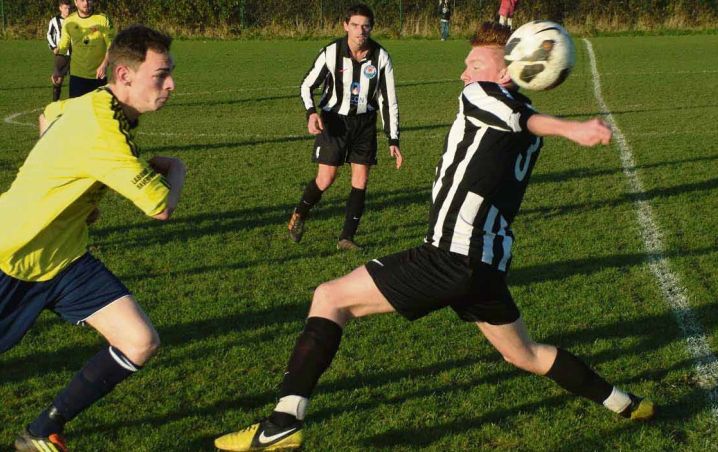 ALL the goals were scored in the first half in this good game of fooball at the Athletic Ground.

The West Dragons have had a good run of results lately, but the Nomads matched them in every phase of play in what proved to be a very good match.

The Nomads suffered an early set-back seconds into the game when Nathan Warlow had to go off with an nasty injury.

The Dragons were first on the scoresheet after five minutes when Bradley Hewitt set off on a pacy run down the right wing and centred to Scott Crawford whose first effort hit the post, but he headed the rebound past keeper Patrick Hannon.

The Nomads drew level five minutes later when Patrick Bellerby crossed the ball into the penalty area and Paul Hannon was on hand to head the ball home.

For the rest of the first half the Nomads just had the edge, but chances were few and far between. And the second half continued in the same vein with the Nomads just controlling the game, but both sides could not carve out any clear cut chances.