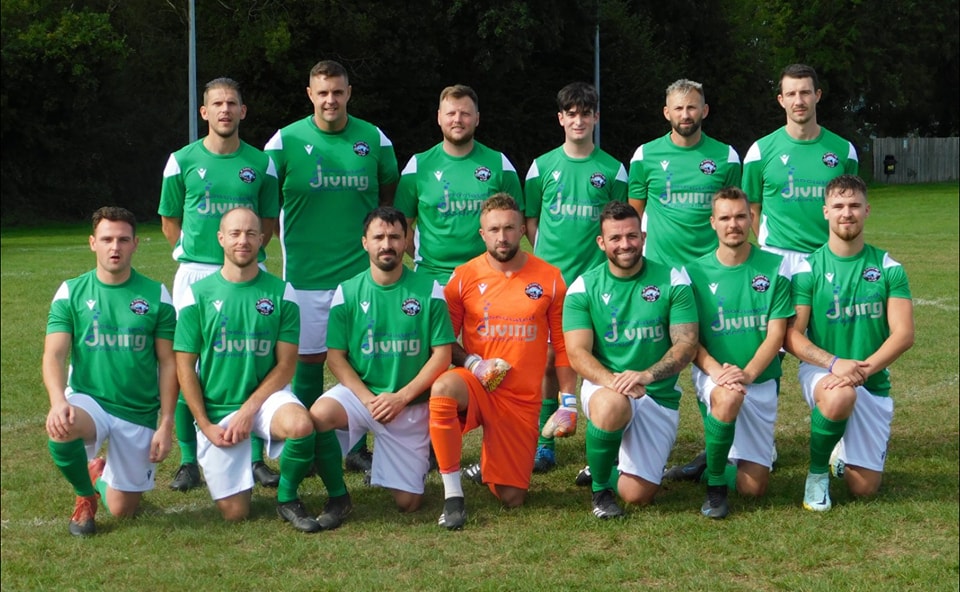 ST CLEARS earned their first win of the season on Saturday (Sept 17) as they beat Fishguard 4-3.

The Saints were sporting their brand new ‘green’ kit, an interpretation of former shirts worn in past years.

It was Fishguard who took the lead though as Greg Hughes scored after 11 minutes.

The lead only last five minutes though as Steve Thomas scored with the assist coming from Josh Jones.

With half an hour gone the Saints took the lead through Will Evans and it remained 2-1 to the home side until the break.

Just three minutes into the second half the home side were awarded a penalty and Sam Nicholas put the spot kick away to make it 3-1.

With twenty minutes to go Fishguard pulled a goal back through Luke Thomas.

Ten minutes later though the Saints restored their two goal lead as Kyran Lewis scored after being set up by Danny Peters.

Thomas then scored a second for Fishguard late in but it wasn’t enough to get them anything from the game.