Home » Scarlets aiming to finish league season ‘on a high’ 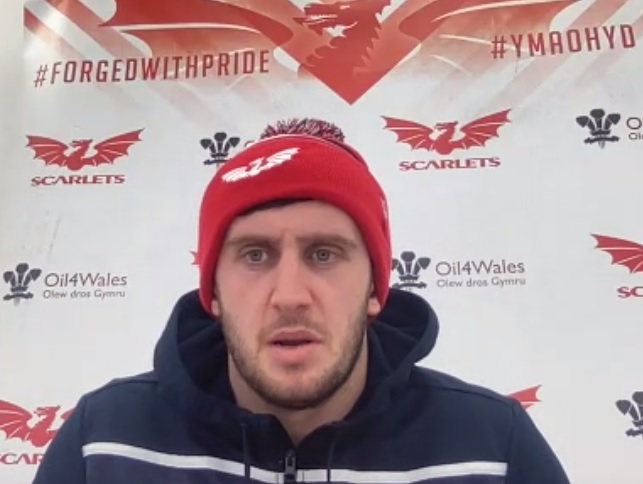 SCARLETS take on Connacht on Monday evening (Mar 22), knowing that a win will secure their place in next season’s Champions Cup but it won’t be easy.

Connacht sit second in Conference B and have secured their Champions Cup place and the Scarlets are just as keen to join them.

Scarlets are third in Conference B and they can only be caught by Cardiff Blues who sit three points behind them.

The Scarlets earned victory when they met Connacht earlier in the season. They won in Ireland by 20 points to 14 with two tries from Ryan Conbeer and one from Dane Blacker while Dan Jones added the other points from the boot.

But Dan and the team know that the game at Parc Y Scarlets on Monday will not be an easy one.

Speaking to Herald Wales ahead of the match Dan Jones said: “It’s vital, it’s a must win game for us. We take it into our own hands if we win we get Champions Cup qualification next year, if we lose then it’s out of our hands and we hope that the other teams around us will lose but we want to finish on a high.

“They’ve improved massively from when we played them, they’ve brought a bit of an edge to their defensive game so we’re potentially going to have to go to a different game plan to what we went with out there just to manage their threats, they’ve got threats from the pack so it will be a tough game.

“There’s been a good buzz this week, even though with the loss against Munster, we just know there are areas to improve at and looking at Connacht there’s opportunities where we can strike at so the team know it’s a must win game and we’re looking forward to the challenge and putting our stamp down for Champions Cup rugby.”

Cardiff Blues are the only team that can overtake the Scarlets if they were to slip up and they take on Edinburgh at Cardiff Arms Park on Monday.

Both of Monday’s games kick off at 8pm so neither side will be aware of whether or not they have secured third place until the final whistle goes.