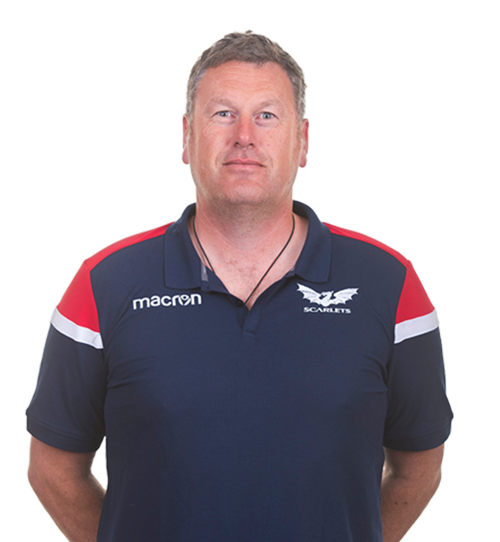 Luke Sinclair
Add Comment
Pro-14 Conference B
Ospreys 14 – Scarlets 16
A LATE try from Angus O’Brien secured the derby day spoils in a nail-biting Guinness PRO14 Boxing Day clash against the Ospreys.
The Ospreys, playing as the official ‘home’ team at Parc y Scarlets, had led for the majority of a tense contest.
But with 71 minutes on the clock, a superb off-load from replacement Blade Thomson paved the way for full-back O’Brien to slice through and dive over for the crucial score.
Man of the match Dan Jones added the conversion to put the Scarlets in front for the first time and the West Walians were able to finish the match on the front foot to claim the annual festive bragging rights and a crucial win to keep them in the hunt in the Conference B standings.
O’Brien hadn’t been named in the original match-day 23, but was brought in at the 11th hour as a replacement for Johnny McNicholl.
In blustery conditions, Scarlets enjoyed the early pressure, but despite hammering away at the Ospreys line were unable to come away with any points.
Instead, it was the Ospreys who were first on the board after 14 minutes through the boot of fly-half Stephen Myler.
The opening quarter was proving a cagey affair with both sides unable to get any momentum going.
A moment of individual brilliance from scrum-half Reuben Morgan-Williams, who dummied and sprinted clear from 40 metres, extended the Ospreys’ lead on 22 minutes, but the Scarlets’ response was swift with Jones landing a penalty straight from the kick-off.
Jones hit the upright with another attempt, then a pin-point cross-field kick from Steff Hughes just evaded the grasp of wing Steff Evans with the line at his mercy.
A powerful scrum on the stroke of half-time led to a long-range penalty chance, but O’Brien’s strike drifted wide with the Ospreys going in ahead 8-3 at the break.
Myler extended his side’s lead early in the second half, but Jones kept Scarlets in it with his kicking out of hand and off the floor.
Two more penalties from the Carmarthen fly-half to one from Myler made it 14-9 going into the final 10 minutes.
Then the Scarlets struck.
With Thomson having a big impact off the bench, the back-rower plucked a ball out of the sky as the Scarlets surged forward. He was involved again soon after, producing a sublime pass to O’Brien who cut a great angle to the posts.
With only two points in it, the Scarlets showed their composure to make their way downfield and set up camp in ‘home’ territory for the final minutes, denying the Ospreys any chance to snatch the win.
Glenn Delaney reflected on the absence of fans from the stadium.
“You go back 12 months and there were 15,000 people here and I don’t think I have experienced anything like it. This place was electric.
“I say it every week, we are very fortunate to be in the position we are and we are only here by virtue of the supporters of this great club. We want the fans back here as soon as possible.
“Hopefully, they found a chance to shout at the TV screens, get involved and share the experience. The derby season is passionate, the only thing we are missing is the people. We must get the people back into the game, they would have loved the occasion.”
On the performance, while Glenn Delaney was ‘delighted’ with the win, he added: “There is plenty for us to work on. We stayed in the game and that’s what you have to do in a derby.
“There were a lot of things we weren’t happy about in terms of our skillsets and penalty count, we were very ill-disciplined and we need to correct that. We were putting pressure on ourselves. We were trying to play and we were quite close on a couple of occasions, a couple of pass-kicks almost went to hand.
“Probably not having a game for a week or so showed, our timing was a bit off; we have had a couple of disjointed weeks, we looked a bit rusty. I thought the Ospreys were excellent, put us under pressure and took their points well.”