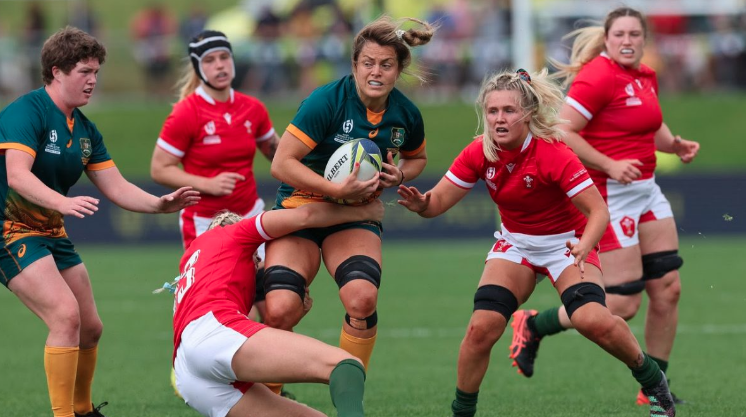 WALES Women head coach Ioan Cunningham’s overriding emotion after Saturday’s 13-7 loss to Australia was one of frustration at a missed opportunity to beat Australia and claim an automatic quarter-final place.

Wales No 8 Sioned Harries added to her Rugby World Cup tally with a try at 22 minutes but failed to add any more points to the scoreboard. They can, however, be proud of a huge defensive shift which earned them a crucial losing bonus point.

That bonus point has helped them earn a spot in the quarter finals as one of the best third-placed sides.

Cunningham said, “We are disappointed for sure and frustrated as well. The girls defended extremely well and showed so much passion for the jersey to keep Australia out for the vast majority of the game. But the territory and possession stats are so low we made it very difficult for ourselves. We had plenty of opportunities and we just didn’t convert them.

“We thought it was going to be a repeat of the Scotland game when Lisa (Neumann) caught that restart, but it wasn’t to be today (Saturday). Our breakdown wasn’t what it should have been. They turned us over too many times which doesn’t give you the field position you need to keep the pressure on, we’re going to have to fix that if we’re still here next week.

Cunningham feels the frustration the team is feeling now can be a source of motivation for future games.

“The biggest frustration is we felt we were the better team today, you could see the growth in the side from the last few months. At times we looked far more comfortable than Australia, but we just didn’t convert that into points and when you’re without territory and possession, pressure usually takes its toll.

“We can take heart from some of the stuff we put together today. We want to be playing the best teams in the world and if we get to a quarter final, whether we face England, the Black Ferns or another top team, we’ll relish the opportunity.”