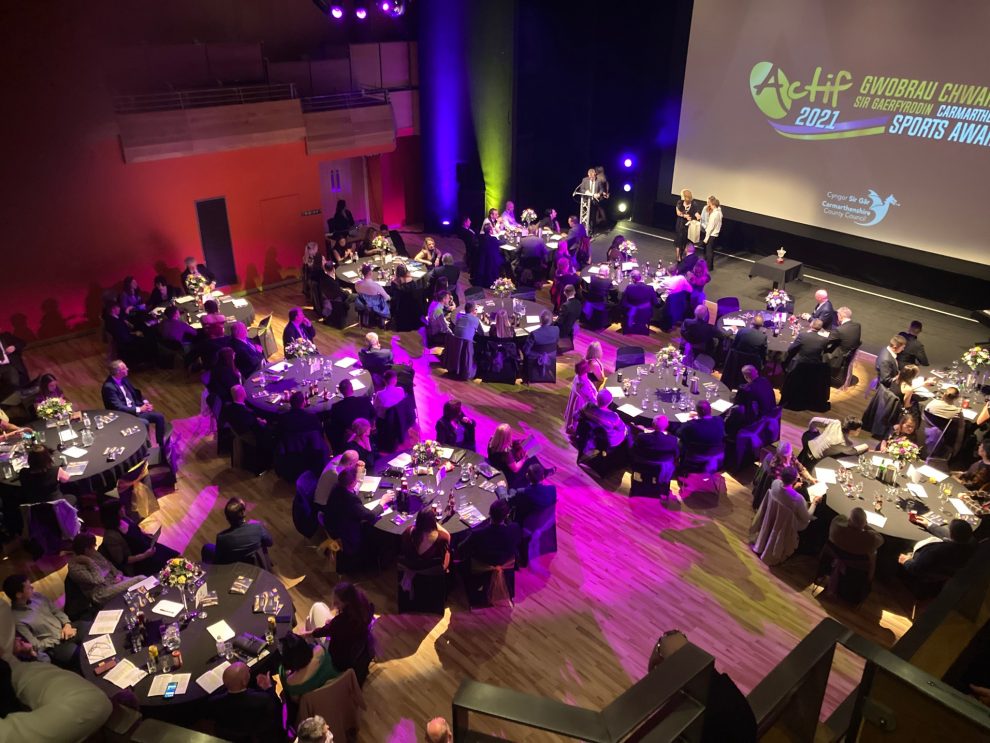 SPORTING heroes across Carmarthenshire have been put under the spotlight for their achievements and contribution to sport.

The Actif Carmarthenshire Sports Awards recognise individuals and groups who have made a significant contribution in their field during 2019-2021 and the pandemic.

In a glittering ceremony held at Ffwrnes Theatre last night (Thursday, March 10), winners from 11 categories including Sportsman of the Year, Sportswoman of the Year and Sports Personality of the Year were honoured. The 12th category which was The Sporting Hall of Fame welcomed two inductees.

The awards, now in its 22nd year, are organised by Carmarthenshire County Council to highlight the importance of sport in the region and showcase county-wide sporting achievements.

Carmarthenshire County Council’s Cabinet Member for Culture, Sport and Tourism, Cllr Peter Hughes Griffiths said: “The annual awards recognise and reward those people who have made a positive difference and shown outstanding achievements in their field whether it be as an individual, coach, volunteer or sports team in disabled, non-disabled, professional and amateur sport. It’s been an exceptionally challenging couple of years for everyone with the pandemic and its restrictions but despite these struggles these people have managed to reach audiences in innovative ways and continued to and inspire them to be active during lockdown.”

Young Sportsman of the Year

Young Sportswoman of the Year

Young Sports Volunteer of the Year

Sports Volunteer of the Year

Community Sport Coach of the Year

High Performance Coach of the Year

Young Team of the Year

Team of the Year

Community Sports Club of the Year

Sports Personality of the Year