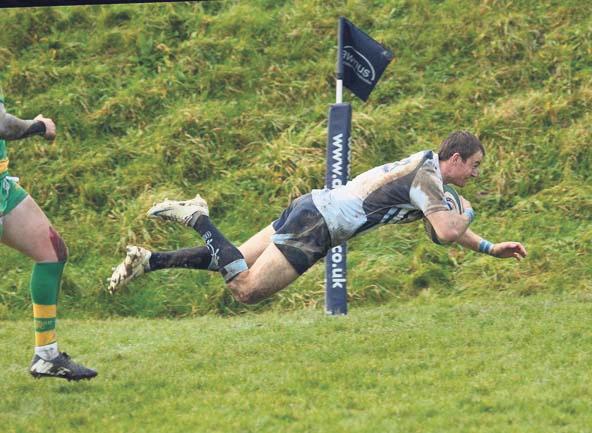 THE OTTERS found it difficult against the students, as they never managed to get out of second gear, and allowed the university students to gain a four try bonus point. Nick Gale struck three first half penalties for the Otters as they trailed 17-9 as Julian Wilkins and Chris Lewis both ran in converted tries, to go with a Jacob Chilcott penalty.

Narberth skipper, Steve Martin continued his good try scoring form as he managed to crash over for an unconverted try, before the students picked up the pace and added extra tries through Charlie Hewitt and Jonathan Dawe.

The Otters’ pack were rewarded for their tireless work when Cardiff Met were penalised at scrum time, resulting in a penalty try, which Gale converted. However, the Students made sure they overtook them in the league with Chilcott slotting a late penalty, denying the Otters a losing bonus point.