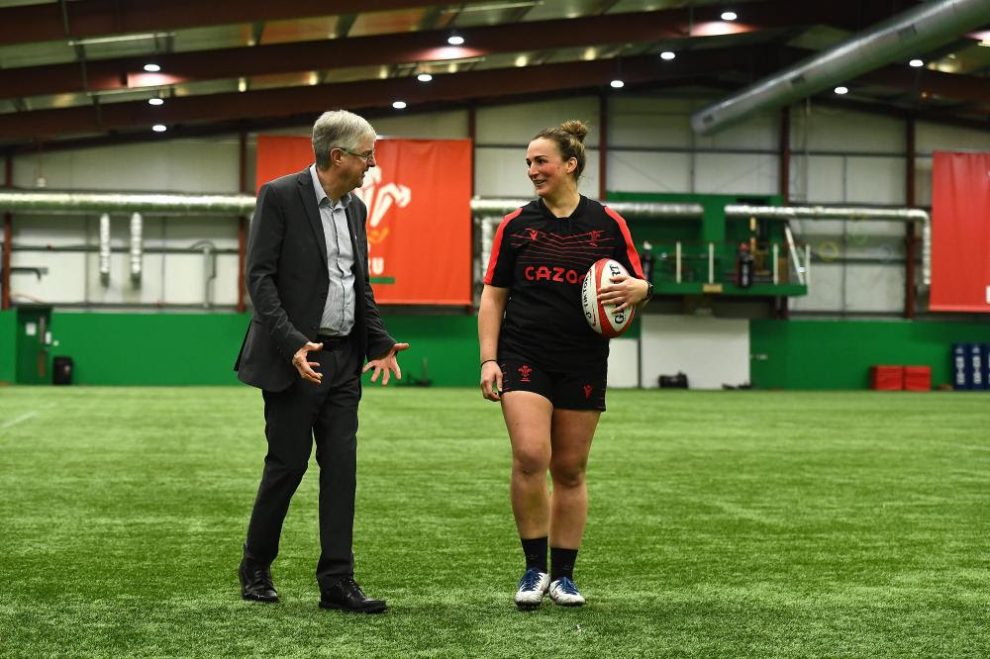 THE excitement is tangible across the board as Wales Women prepare for the opening round of the TikTok Women’s Six Nations in what is set to be the most high profile tournament to date.

For the first time in its history, the TikTok Women’s Six Nations will be available to fans in full, thanks to ground-breaking broadcast support across each of the six nations.

Wales’ matches will be shown on BBC and S4C, and with broadcast coverage secured in every territory, this is the first time that fans will have access to not just their nation’s fixtures, but every single match of the TikTok Women’s Six Nations, meaning they can follow the entire Championship.

Internationally, 136 countries will be showing the TikTok Women’s Six Nations, across terrestrial and streaming platforms, making this Championship the most accessible in its history.

In a year of firsts for the Women’s Championship, the unprecedented broadcast coverage is complemented by entertainment platform, TikTok, becoming the first ever Title Partner of the Women’s Championship. The partnership will greatly enhance efforts to reach new audiences and encourage the development of the game, supported by scheduling the TikTok Women’s Six Nations in a standalone window.

Wales’ TikTok Women’s Six Nations squad is in the midst of a busy training week ahead of travelling to Dublin on Friday for their opening match against Ireland on Saturday (4.45, BBC 2 Wales).

The Welsh players are making their own history with 24 players having taken up the first WRU contracts since the start of the year – 12 full-time and 12 part-time.

The First Minister Mark Drakeford took time to watch one of their training sessions this week and wish them while, while encouraging women and girls into sport.

He said, “I wish the Wales Women rugby team well ahead of the Six Nations.
“They are a great inspiration for us all and show what can be achieved through hard work, dedication and commitment.

“It is vitally important that we encourage more girls and women to participate in sport at every level”.

More than 5,000 women and girls in Wales are registered to play rugby this season, the highest number to date. More than 1000 members of Female Hubs around Wales have been invited to participate in a rugby festival at Principality Stadium on Saturday 2 April before supporting Wales Women against Scotland at Cardiff Arms Park.

Wales Women captain Siwan Lillicrap, one of the 12 players on full-time contracts said: “We can’t wait for this tournament, the excitement is through the roof and we are enjoying every step of our journey.

“We know we have made progress on all fronts this season and we want to ensure that progression translates to a good performance on the pitch. Aboveall, we want to work hard for each other, every rep counts now.”

Siwan is thrilled to see the enthusiasm in the community female game.

“It’s fantastic to see so many women and girls taking up our sport. I didn’t have an opportunity to play rugby until I was 17 but now there’s a pathway to play from an early age through to senior rugby and there’s so much enthusiasm to get involved which is brilliant to see.

“It means so much to us as players to be able to fulfil our dream and become full-time athletes and ultimately we want to inspire younger girls, whether they go on to play international rugby or enjoy the benefits of the community game.”