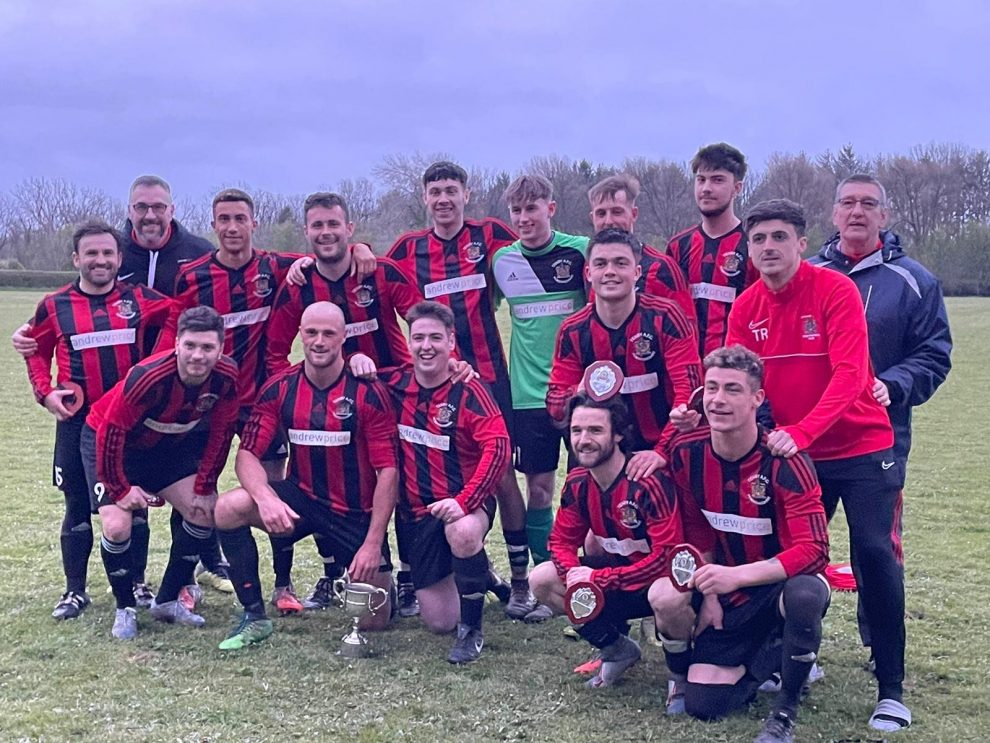 Having already been crowned champions, the team were presented with their medals and trophies following the match.

Sam Butler scored Tenby’s third before the break and it was four soon after the restart as Scott Ferney got his name on the scoresheet.

Mansbridge then completed his hat trick and with fifteen minutes to go Ferney added his second goal of the game.

Rhys Morgan scored just a minute later and Mansbridge scored his fourth with eight minutes to go as he slotted home a penalty.

He then added a fifth and Tenby’s ninth to seal the win and their eighteenth win of the season.

Tenby have a 100% record in league action this season and they will look to keep that going on Thursday, April 7, when they travel to Cosheston.

Pendine are also in action on Thursday as they host Pembroke Boro.