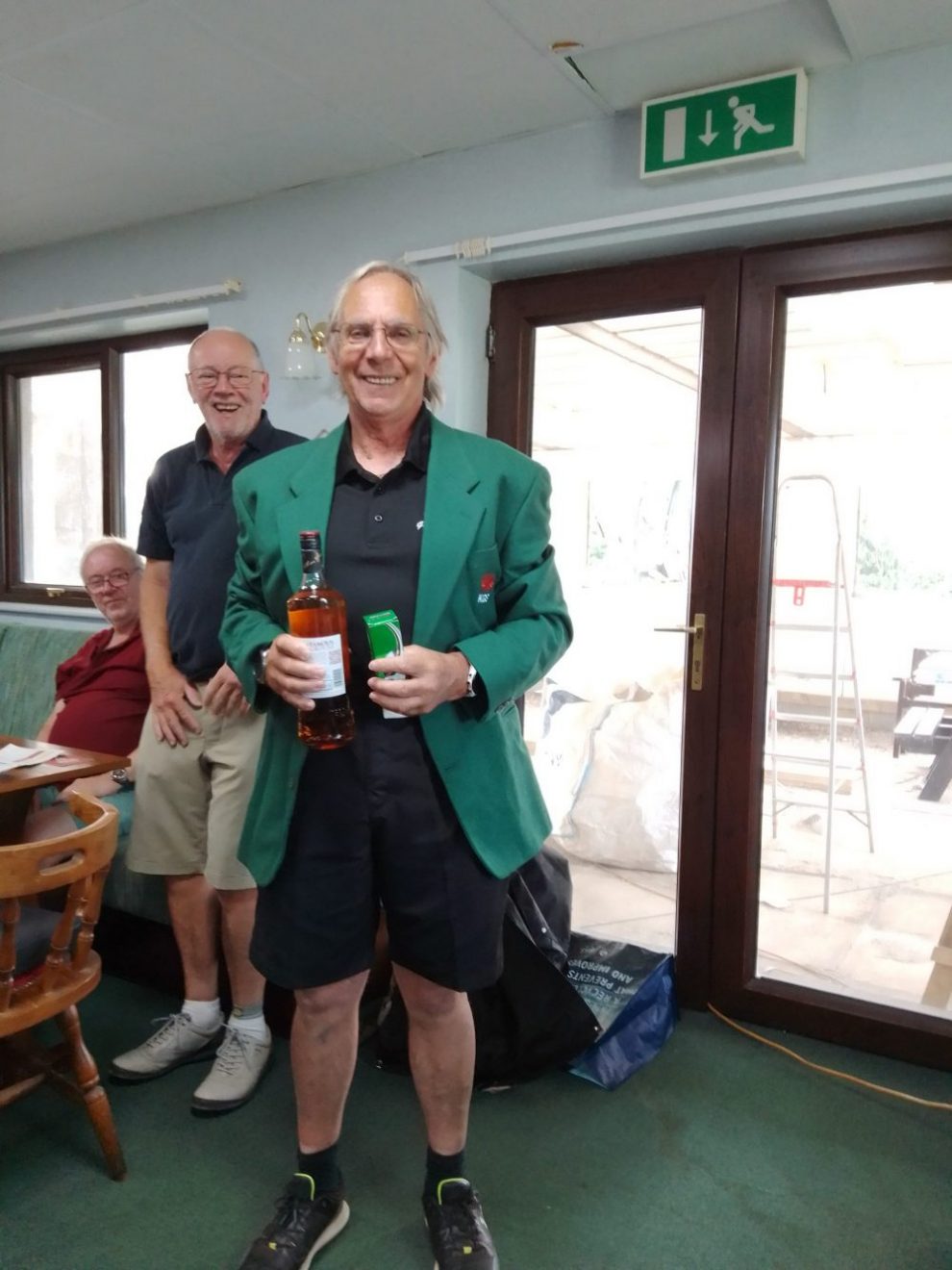 THE KILGETTY GOLF SOCIETY sent in the following report to The Herald this week:

In the middle of the hot spell, Kilgetty Golf Society held their July fixture at Derllys Court Golf club in Banc y Felin. 24 members turned up and enjoyed perfect conditions for scoring with 19 equalling or exceeding 30 points. The turnout was a fair representation of Pembrokeshire Golf Clubs with players from Newport Links; Priskilly Forest; Dawn to Dusk; South Pembs; Tenby; and Trefloyne golf clubs, with one unattached player.

A new member, who was also a newcomer to golf, Steve Davies, managed to play 14 holes before deciding he needed more practice. It’s not easy this game, perhaps he should stick to the green baize! The other 4 under 30 Stapleford points for whom it was not their day in the limelight, were Idwal David, Alan Jeffrey, Mike Skidmore, and Jack Zeraschi. The race for the Wooden Spoon prize was a very close affair for the first three (only 1 point in it) and surprisingly won by Idwal who was champion at the previous fixture. Oh! the ups and downs of golf. His excuse at the presentation was that he wanted to collect a full set of the Society’s prizes. As he also won the Longest Drive he’s already half way there!

Those between 30 and 36 points and not winning anything on the day were Wayne Connett, Meurig Evans, Nick Griffiths, Steve Jones, Wynne Richards, Peter Rice, John Richards, Alan Sayers, and Mark Wood . However, Bob Forrest won Nearest the Pin and Mark Taylor and Barry Neale both had two’s, whilst Graham Watson surpassed himself by hitting the best score for a 28+ handicapper.

But having a great day, were, in third place with 40 points Rob Nixon, and, just pipped on the closing stretch with 41 points in second place Alan Gawith. The champion however was John Hammond who excelled on the back 9 with 8 pars and one bogey accumulating 27 points to equal Alan’s 41 points. What a display! Congratulations John, and continue keeping your nose to the wheel.

Thanks to all Derllys Court staff for making us welcome, maintaining a lovely course, and providing a great meal. Our next fixture on 10th August is at Coed y Mwstwr golf club in Coychurch, Bridgend, further away but well worth a visit. More information at www.kilgettygolf.co.uk.