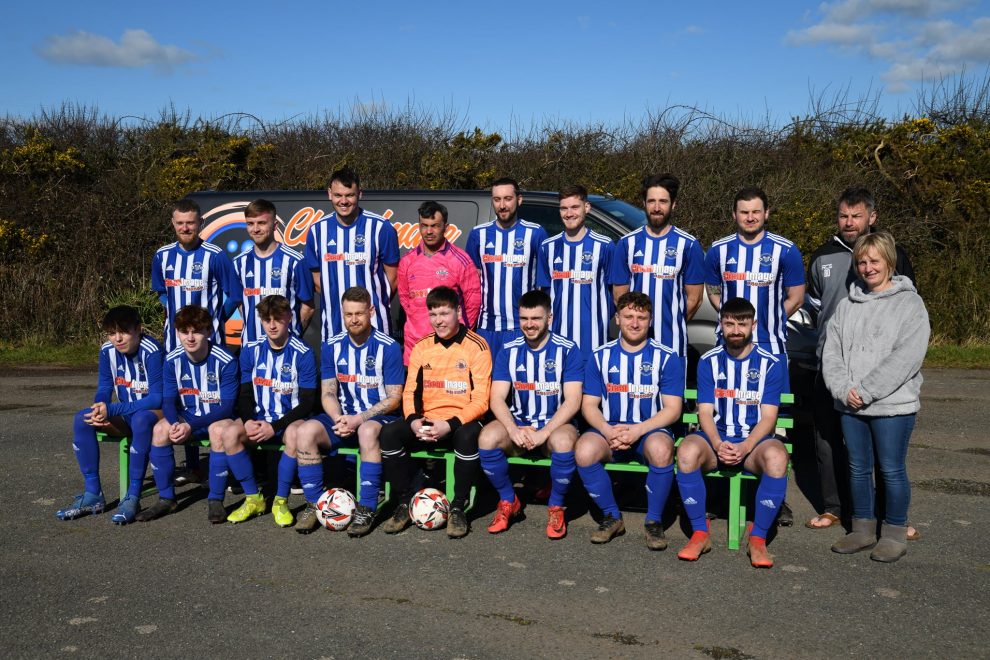 ST ISHMAELS earned their fifth win of the season on Saturday (Mar 5) as they beat Pennar Robins 1-0.

Prior to the match, St Ishmaels unveiled their new kit sponsored by Amanda Mayne of Clean Image Laundry Services.

It promised to be a close one with Tish looking to make it 3 wins in row following wins against Fishguard and Narberth.

Tish started the game strong getting an early goal through good pressure from Nathan Thomas who got on the end of a loose ball and squared it to Owen Lawrie who smashed home his third of the season in just the first minute of the game.

As the game went on it become more end to end with both sides getting a handful of chances, the score remained 1-0 to Tish at half time.

The second half was underway and the away side came out and looked the better side and started to have a few chances but they were yet to really test the Tish keeper.

The score remained 1-0 going into the last 10 minutes and Tish were seeing out the game well and looked like all was done.

On 88 minutes, Pennar broke away and their forward was brought down in the box and a penalty was given.

Despite Tish’s protests, the penalty stood and Connor Roberts lined up to take it. However, he fired his effort wide and Tish held on to their lead.

Tish held on for their third win in a row and arguably the biggest one yet as it saw them move out of the relegation zone.

Tish have only five games left to play and it is all still up for grabs down the bottom of Division 1.