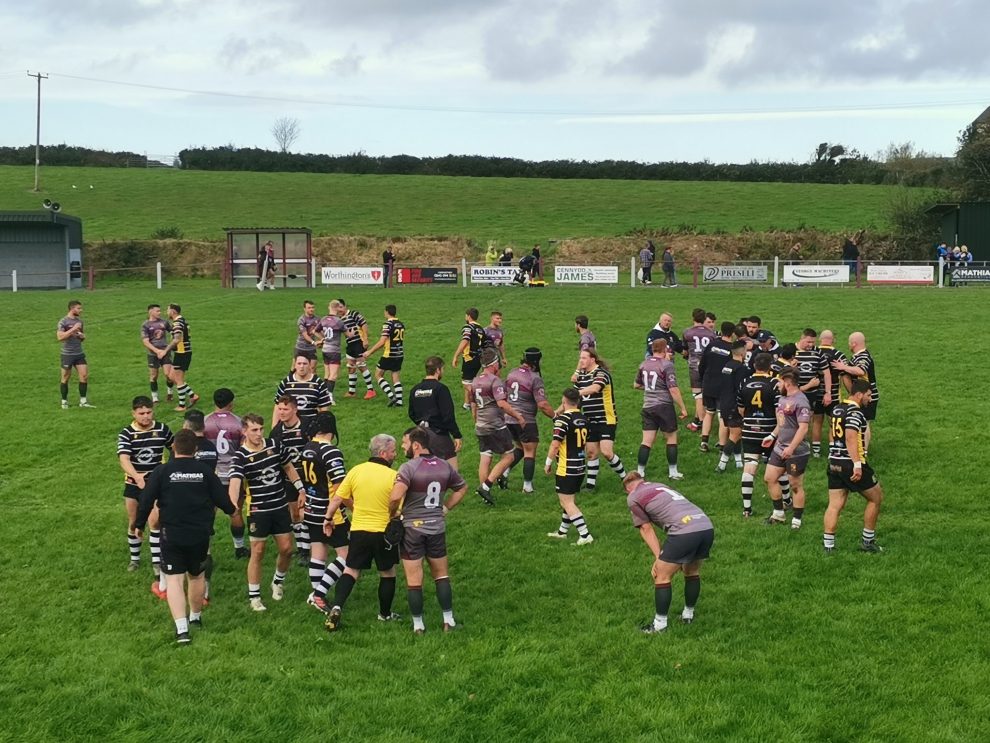 THE top of the table clash in League 1 West finished all square as Crymych and Felinfoel played out a 12-12 draw.

Crymych went ahead with a penalty from Adam Phillips and he added a second following a yellow card to a Felinfoel player.

Felinfoel hit back with a penalty of their own from Elliot Rees but Phillips restored Crymych’s six point lead with another penalty.

It remained 9-3 until half time in what was a close game between two excellent teams.

The visitors then scored two penalties in the second half, from the boot of Rees, to bring the score level at 9-9.

Phillips then scored his fourth penalty with five minutes left to play but they were unable to hang on for victory.

Felinfoel Rees held his nerve to score his fourth penalty two minutes from the end and neither side was able to find a winning score.

The draw sees both teams drop down a place in League 1 West as Gowerton go to the top of the table.