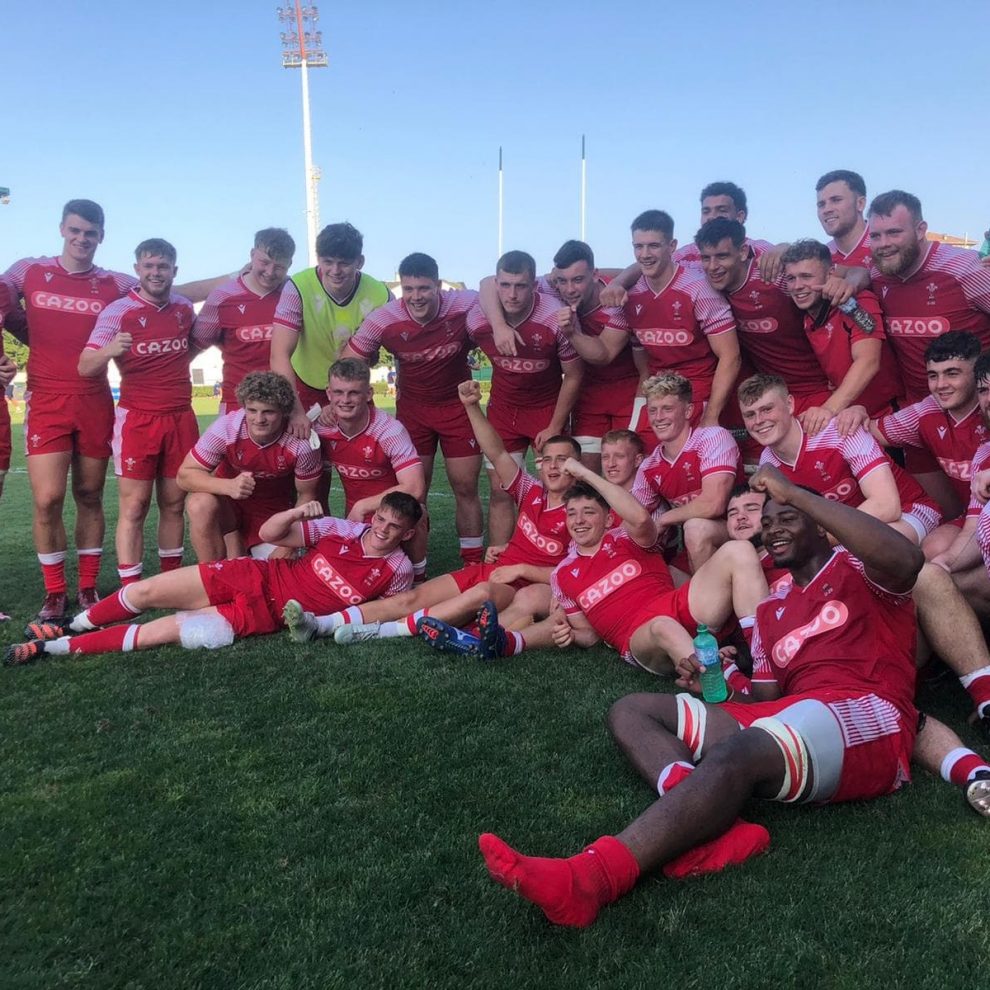 WALES U20s dug deep to maintain their unbeaten start to the summer with a 30-24 bonus point victory over Georgia U20s.

Byron Hayward’s side trailed by eight points at the interval but a gutsy second-half performance allowed them to come out on top. Wales beat Scotland 45-15 in their opener, and will play Italy U20s next Wednesday with the winner topping their pool.

This clash in Treviso was played in almost unbearable heat which makes this victory all the more impressive. After a strong start Wales took the lead after eight minutes when some sublime interplay between Christ Tshhuinza, and Ethan Fackrell sent Dan Edwards over for the opening try.

Georgia hit back soon after when hooker Giorgi Maisuradze powered over from short range off the back of a well-worked driving lineout. This was a sign of things to come as Wales struggled to cope with the power of the Eastern Europeans.

But just as they held the upper hand Georgia began to implode. They were temporarily reduced to 13 men with Rari Zazadze shown a yellow card for a dangerous clearout, while outside-half Mathis Modebadze was sent to the sin bin for a trip.

Wales made Georgia pay for their transgressions when Ospreys wing Harri Houston touched down at the far left-hand corner. Georgia reverted to type, and made Wales pay with Beka Shvangiradze scoring after another menacing maul.

Wales had no answer to Georgia’s mauling game with Giorgi Kervalishvili smashing his way over the line to give his side a useful 21-13 half-time lead. Whatever Hayward told his players in the changing rooms clearly worked with Wales scoring their first try after a mere two minutes of the second-half.

A clever chip over the top of the Georgia defence by Morgan Lloyd was gathered by Joe Hawkins who showed his strength to get over the line. The momentum was all with Wales as Josh Phillips nailed a long-range penalty to push the men in red back into the lead.

Wales gave Georgia a taste of their own medicine with their maul pushing the young Lelos backwards. With the Georgia defence at sixes and sevens a neat cross-kick from Hawkins was taken by Houston who claimed his brace.

Georgia refused to throw in the towel and got back within a score through the kicking tee to set up a grandstand finish. They lay siege to the Wales line in the dying minutes of this game, and after winning a penalty opted to go for the corner to set up a five-metre lineout.

The result looked inevitable but a sensational steal from Dafydd Jenkins allowed Wales to steal possession and emerge victorious.