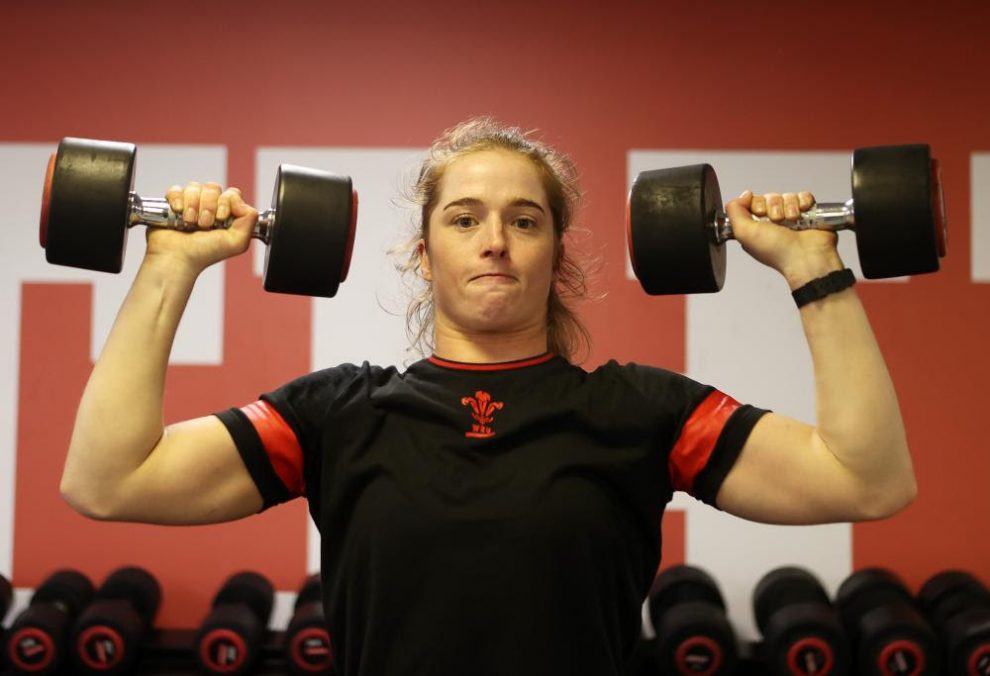 WITH less than one month to the Tik Tok Women’s Six Nations, the Wales Women programme is stepping outside its comfort zone.

The first contracted female players in Wales – there are now 12 full-time players and 11 on retainer contracts – have been training at the National Centre of Excellence since mid January.

Head coach Ioan Cunningham says good progress has already been made, especially from a strength and conditioning perspective, but believes now is the time to further increase intensity and purpose.

He said, “The girls have adapted to coping with a greater training volume really well, we are seeing regular PBs in the gym which is very encouraging and motivating for the players.

“Now we need to push on a bit further to get the critical gains we need before we enter the competition phase.

“Now that we have settled into our new environment, we want to increase our standards and have talked about making girls feel uncomfortable. We want to make every rep count over the next four weeks as we move towards the Tik Tok Women’s Six Nations to ensure our improvements transfer to matches and hopefully get some success on the field.”

Centre Hannah Jones is on the same wavelength as her coach.

“Being a pro player is not a 9-5 job. You don’t switch off. Your mindset is ‘How do I use this extra time to get better each day?’

“We are definitely seeing the benefits of more contact time already. Personally I’ve seen improvements in the gym, the weights are creeping up and we are more confident as we prepare for this Six Nations campaign.”

Wales Women open their Tik Tok Women’s Six Nations with a trip to the RDS Arena, Dublin on Saturday 26 March to face Ireland before welcoming Scotland to Cardiff Arms Park on April 2.

Cunningham added, “Ireland will be a tough opening challenge away from home so this is a vital period before that first game.

“Having crowds back is going to make such a difference. Hearing a roar as the players run out for a Tik Tok Women’s Six Nations Test match at Cardiff Arms Park will be brilliant.

“We are looking forward to playing Scotland. They will be on a massive high on the back of qualifying for their first Rugby World Cup since 2010. They played exceptionally well in their qualification matches, especially against Colombia last Friday (59-3) to earn the final place in this year’s New Zealand-based competition. They will want to carry that form into the Six Nations.”

Tickets are £10 adults £5 under 16s
Go to wru.wales/w6n to watch Wales Women at home in the Tik Tok Women’s Six Nations