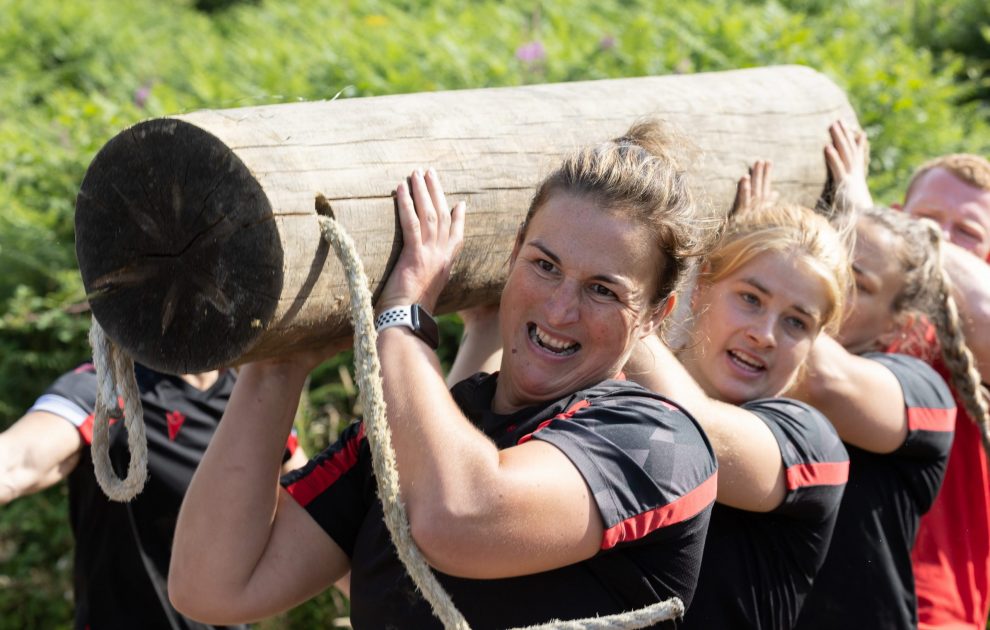 They tackled all the obstacles and terrain the Green Mile Training Camp at Taffs Well could throw at them – from carrying 50kg logs to river immersion and overcoming physical challenges along the way.

The exercise was all part of a month-long plan which aims to increase team cohesion along with reaching personal goals.

Along with rugby skills and conditioning, the squad is also using a range of alternative training techniques and off-site venues such as these to challenge each other and build resilience ahead of the Rugby World Cup this autumn.

Last Friday, the squad trained at MOD St Athan and the players have started regular wrestling sessions to improve their close contact strength.

Head coach Ioan Cunningham said: “We had a great opportunity to attend a camp called the green mile which is sort of an endurance camp where you are forced to work as a team to carry logs, get into cold water and climb up steep hills to challenge the squad in different ways. It was a great way to work really hard but also get through something they perhaps wouldn’t have achieved if they hadn’t stuck together.

“We want to test the team – something might be thrown at us during the world cup where we have to adapt and move on. That’s what we’re trying to do this month – give the players different situations where we have to pull together to overcome obstacles.

“We have two great weeks in the bag and two big weeks left to finish July strong. That will set us up nicely for the month of August where we will focus more on rugby with the games against Canada and England coming up but it’s exciting to see what more we can achieve over the next two weeks.”

Captain Siwan Lillicrap added, “It was an enjoyable morning, mentally and physically challenging but great to get out and mix things up to end our second week of pre-season. We all stuck together and everyone’s strengths came to the fore at some point. A great team effort!”