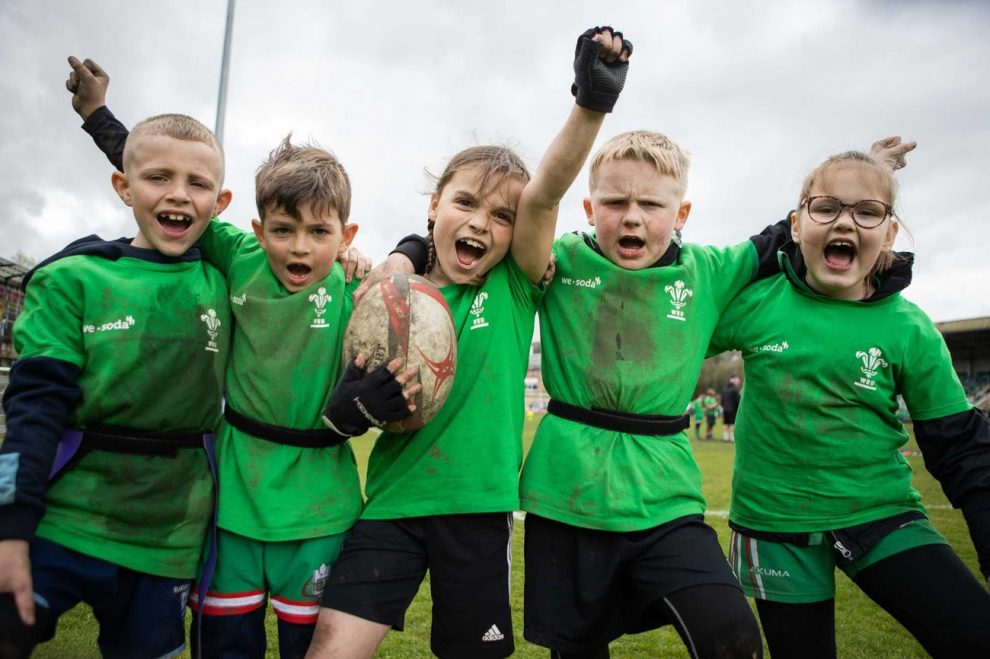 THE Welsh Rugby Union Group recorded a turnover of £94.3m – a figure up with the best of its pre-Covid performances – and invested a total of £62.9m in ‘Welsh rugby’ during the year ending June 2022 (YE22).

The Group allocated a record £34m (including competition receipts) directly to the professional regional sides in Wales (including £7.1m to the Dragons), with a further £16.3m spent on performance rugby at all levels and the ring-fenced amount of £10.6m provided to the community game.

The Group’s financial performance for YE22 was in line with internal expectations, with match income of £43m following a return to full crowds, a strong commercial showing (generating £14.5m in income) and a vibrant concert season a feature of the WRU’s annual accounts, published today as we emerge from the pandemic.

International matches at Principality Stadium, generated 46% (2021: 39%) of the Group’s income. In fact, some 72% (2021: 69%) of the Group’s total income is derived from staging these matches and the commercial activities associated with senior Welsh teams.

The average attendance per match was 66,000, including the best attended Autumn Nations Series since 2008 – this equates to an average of 90% of the Stadium’s capacity – and the average ticket income per attendee was £52.

During the year, the WRU Group also received the first tranche of payments from the CVC investment in to Six Nations. The majority of the receipt has currently been retained and is expected to be used towards future revenue enhancing projects. The retention of this money means the Group posted a £3.2m profit for the year.

“Our stated financial strategy continues to be to reinvest the maximum amount we can in rugby, which means we look to break even and not make any profits,” said WRU Group finance director Tim Moss.

“A variation to this strategy arises from the proceeds from the recent Private Equity (CVC) investment into the Six Nations. The retained profit of £3.2m in year end 2022 is driven by the first tranche of the capital receipt arising from this sale of equity.

“The current plan, and indeed a current condition of our banking arrangements, is that we use those receipts to fund projects that will generate future financial returns and therefore help to alleviate the dilution that will occur on the Group’s future Six Nations’ revenues, fulfilling our responsibilities to the game as a whole.

“We are well underway on some of those revenue enhancing projects referred to and are looking at others.”

Only once previously has the Group’s turnover topped the current high – when it reached £97.0m in 2018. During YE19, the last season prior to the pandemic, the Group posted a turnover of £90.5m and last year’s turnover was £58.1m.

The year was largely non-covid impacted for the first time since 2019, although a period of covid-induced uncertainty prior to the 2022 Six Nations competition did negatively impact on ticket sales and the business of the WRU-owned Parkgate Hotel, which opened in October.

Covid issues in December also caused the postponement of the Stereophonics/Tom Jones concerts, but these were successfully rescheduled to June 2022 along with Ramstein, who finally played the concert originally planned for June 2020, each in front of large crowds. Both these acts followed three hugely successful nights of Ed Sheeran in May.

“Summer 2022 brought a vibrant event season to Principality Stadium, welcoming close to 400,000 people through our gates in under three months,” said Moss.

“This resurgence in third party events, together with record crowds over the Autumn Nations Series and a strong commercial showing for the year has led to a robust financial performance for the Group in YE22.”

During the year, the Group successfully refinanced the £18m CLBILS loan facility with Welsh Government. The revised facility is now repayable over 18 years, with £0.5m having being repaid in YE22.

The CLBILS loan and a £2.0m advance from World Rugby were onward lent to the regions to support them through the pandemic. The terms of the regional a loans have been amended to match  the terms of the Welsh Government loan, significantly lengthening the repayment period.

“This refinancing aligns with the original plan to facilitate our regions to have arrangements akin to those between the English clubs and the UK Government,” added Moss.

“We remain hugely grateful to Welsh Government for helping to establish a level playing field for Welsh rugby in this way.”

Also in YE22 the total number of registered players in the community game has gone through the 50,000 mark for the first time since digital records began. Player numbers show a significant increase on YE21 levels but also see a rise from the pre-pandemic YE20 season, which is a better measure. Female players total 5,686 with the male community game providing 45,613 players.

“It is vitally important for me to stress again, as the governing body of the game in Wales, it is our ambition to re-invest as much profit as possible into the game whilst living  within our means,” said WRU CEO Steve Phillips

“It has been especially pleasing to see rugby return to our clubs, in an albeit truncated, carefully managed, way.

“This return to rugby during YE22 laid the foundations for the season ahead, when our competitions will be restored; when supporters and players will travel freely to their clubs and community pitches and when normality returns.

“It has been a blessed release for all that Principality Stadium could once again be filled with passionate crowds at international rugby matches, at community finals and at a wide variety of world renowned music and sports events.”

The Parkgate Hotel, which is managed by the Celtic Collection and also opened during the year, has traded well, posting revenues of some £5.7m despite some lockdown challenges around Christmas 2021 and beyond.

“We have not just returned to normality in terms of our turnover levels, but surpassed pre-Covid records on certain income lines,” added Philips.

“This is credit to the hard work and diligence of the team here at the WRU, Welsh rugby’s passionate and loyal supporters and member clubs and, of course, the celebrated players and staff in our professional game.

“Re-investment levels are back where we need them to be across the whole game in Wales.

“The Group must continue to work hard on ensuring financial security for our game as it evolves on a global scale and we have our own investment strategy in place to achieve this aim.

“We should not – and do not intend to – underestimate the commercial draw of Welsh rugby, neither internationally nor at home where there is real optimism forming about the future commercial growth of our game.

“This is our challenge. These are exciting times and the WRU will seek to be at the forefront of renewed global commercial growth in both the men’s and women’s professional game, as well as nurturing the unique place rugby holds in our communities.

“We will continue to drive change for the better, maximising the potential of Welsh rugby in all quarters and we are grateful to all of our partners for all they do to help us achieve these ambitions.“