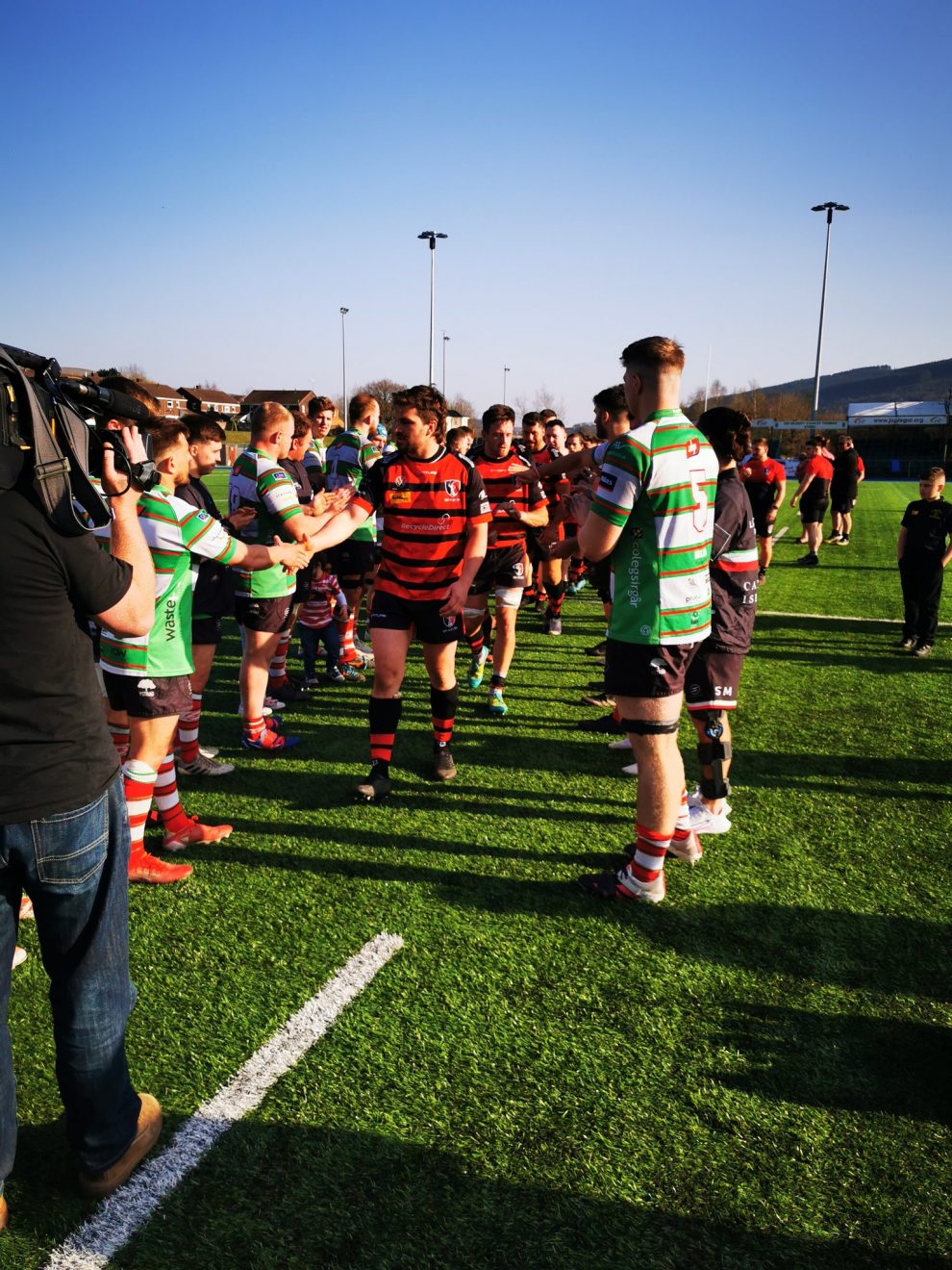 ABERAVON withstood a fight back from Llandovery on Saturday (Mar 26) to book their place in the WRU Premiership Cup final.

The Wizards built up a 21-0 lead after half an hour but Llandovery hit back to go in at half time only 12-21 down and they continued in the second half to lead 23-21.

However, a penalty from the Wizards’ Dan Edwards put them back ahead and they were able to hold on for victory.

After an even start at the Wern it was the Wizards who took the lead as Joe Thomas scored the try and Aled Thomas converted.

Llandovery were reduced to 14 men on 23 minutes and soon after Aberavon were awarded a penalty try.

Three minutes later they went over again with Will Price touching down before Aled Thomas added the extras.

The Drovers then hit back with a converted try and an unconverted try by Tomi Lewis in the space of three minutes.

That brought them to within nine points of their opponents and they knew they would need to start the second half well to maintain their push for the final.

Twelve minutes in Kristian Jones added a penalty for the Drovers and soon after they had another try.

Lee Rees touched down and although the conversion was missed the Drovers were now just a point behind the Wizards.

With 65 minutes on the clock Llandovery went ahead for the first time with a penalty from Jones.

Their lead was short lived though as Edwards responded with a penalty for Aberavon who edged back in front.

With the score at 23-24 it was still anyone’s game but despite the efforts of both sides there was no more scoring.

It meant Aberavon secured their place in the final, to be played at the Principality Stadium on April 24.