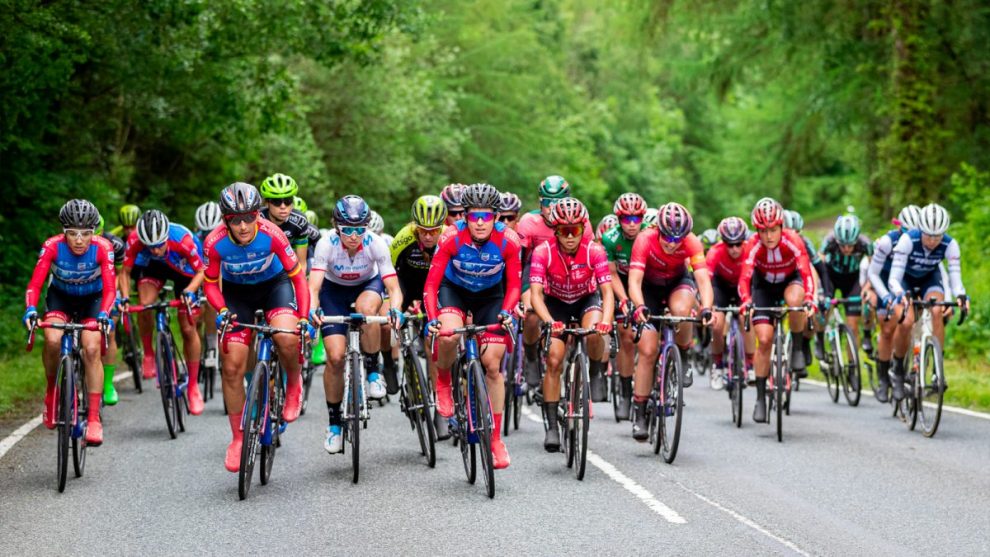 Some of the world’s top riders raced through the picturesque Carmarthenshire countryside to the delight of crowds of spectators who had lined the route to cheer them – and Carmarthen cyclist Jess Roberts – on.

Hundreds of schoolchildren and plenty of cycling enthusiasts and sporting fans gathered at Pembrey Country Park to watch the start of the race which included 97 riders from 17 teams battling it out along a tough 106.4-kilometre (66.3-mile) route finishing on the top of the Black Mountain – the second hill-top finish in Women’s Tour history.

With live televised coverage, these events are a major opportunity to showcase Carmarthenshire’s landscape and facilities, perfect for a range of sports with its special blend of countryside and coast.

They also provide an economic boost to the south Wales economy and add to the county’s growing tourism industry with the thousands of visitors likely to return to enjoy what Carmarthenshire has to offer.

Council Leader Cllr Darren Price said: “The Women’s Tour is a great way to showcase Carmarthenshire to the world.

“It is now the fourth time we have hosted either the Tour of Britain or the Women’s Tour proving that Carmarthenshire is the top location for cycling in Wales.

“And we are reaping the rewards of that, everyone benefits, our growing tourism industry, local businesses and local communities.

“It has been a wonderful day and it was amazing to see so many supporters along the route; the people of Carmarthenshire have done themselves proud yet again.

“I am confident that this event will help to raise awareness of cycling and its benefits and inspire people to get on their bikes and make the most of our beautiful coast and countryside.”

Highlights of the race will be shown on ITV4 tonight at 8pm and is also available on demand via the ITV Hub.