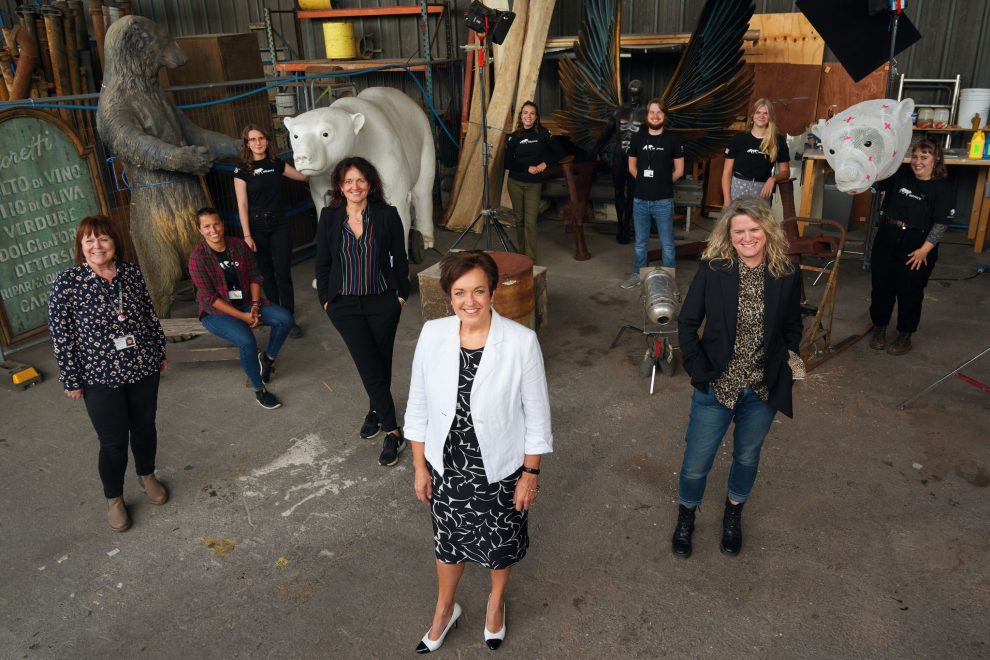 IT’S been a blockbuster year for film and TV in Wales with productions from the world’s biggest studios making Wales their home.

The Welsh Government’s creative agency, Creative Wales reports £14.2m of production funding has been successfully awarded to 22 projects since its inception in January 2020, and spend from brands such as Lucasfilm, Netflix and Bad Wolf has generated over £155.6m of production spend into the Welsh Economy.

With shooting for big-budget films like Havoc which recently wrapped and Wales-made series like Willow, His Dark Materials 3 and the fourth season of Sex Education poised to hit screens, the local creative economy is growing proportionally year-on-year.

In 2021, the Welsh screen sector saw a turnover of £575 million, a 36% increase from the year before. The 2021 British Film Institute’s Screen Report showed that investment in filmmaking from organisations like Creative Wales has resulted in a nine-fold increase in the country’s economic output.

Wales is being tipped to compete on the world stage by international production and film houses due to its vast choice of filming locations, a combined 822,705 sq feet of shooting space split across the country’s seven studios, and a skilled workforce.

A memorandum of understanding with BBC Wales and S4C is seeing an increased partnership working in Wales to tell uniquely Welsh stories and supporting independent production companies. The partnerships have resulted in many positive developments in content development and actions on the skills agenda which all aim to build on contribution of the creative sector to economic growth.

Hitting our screens next year will be Wolf (Hartswood / BBC) a prime-time thriller rooted in Wales and Steeltown Murders (Severn Screen) which centres on the hunt to catch the killer of three young women in the Port Talbot area.

Following the announcement of the Ffilm Cymru Fund earlier this year, a collaboration between Creative Wales and Ffilm Cymru Wales – five independent film productions have been recently approved – with work on the first project ‘Timestalker’ underway.

A funding boost of £180,000 has also been made available to support the development of Welsh Language film and provide financial support to develop talent and ideas. The commitment is part of the Co-operation Agreement between the Welsh Government and Plaid Cymru.

Looking to the wider creative economy, Creative Wales also offers support through development, skills and music funds. Figures from 2019 show an annual turnover of more than £2.2 billion, employing more than 56,000 Welsh citizens, growing and supporting the creative economy is a top priority of the Welsh Government.

In 2022 Creative Wales relaunched production funding, and for the first time included support for the games industry. This will allow us to compete internationally for a larger share of this high growth sector, offering financial support for companies choosing to produce games in Wales or for indigenous businesses to develop new Intellectual Property. This new funding stream was launched at Games Development Conference in March as part of our annual mission to the San Francisco event at the heart of the industry.

A highlight for the Music sector was hosting the BBC Radio 6 Music Festival – with Creative Wales managing the fringe festival which showcased 150 artists at 29 events in 12 venues around the city of Cardiff.

Deputy Minister for Arts and Sport, Dawn Bowden, said: “We’ve seen unprecedented growth in the creative sectors over recent years and it’s been wonderful to see Wales’ unique locations on screen – and also to demonstrate the excellence of our world-class talent, crews and facilities. Our focus on skills will continue in the new year – to ensure that we can deliver the demand for skills and talent for this growing sector.”