Home » Two alleged drug sellers were apprehended by police while driving down A55. 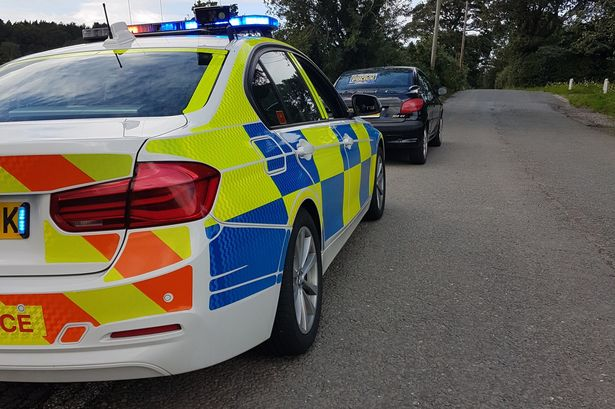 Two alleged drug traffickers were apprehended by police on the A55 over the weekend.

Two North Wales Police officers were “surprised” when they stopped the aforementioned vehicle on Sunday, November 13.

According to NWP’s Intercept Team, they also discovered other goods that might be connected to a drug supply, along with a “amount of cash.”

The two occupants were detained on suspicion of participating in the distribution of class A drugs and money laundering.

In a statement, the police said: “Last night, two of our officers stopped a car on the A55, and what they discovered on the two occupants shocked them.

“Along with other items connected to the delivery of drugs, a significant amount of cash was discovered inside the car.

“The two residents were brought in to speak with our welcoming custody staff after being detained on allegations of money laundering and involvement in the supply of Class A drugs.

“Officers also found a number of suspected Class A drugs, scales, and other things to support their investigation during a search of their home location.

The investigation can now move forward because the two people who were arrested this morning had an opportunity to respond to our questions.

“The two occupants were arrested on suspicion of money laundering and being concerned in the Supply of Class A drugs meaning they then got to meet our friendly custody staff.

“A search of their home address didn’t disappoint officers either, who located a quantity of suspected Class A drugs as well as scales and other items to assist out investigation.

“The two arrested people had their chance to answer our questions this morning and now the investigation can continue.”