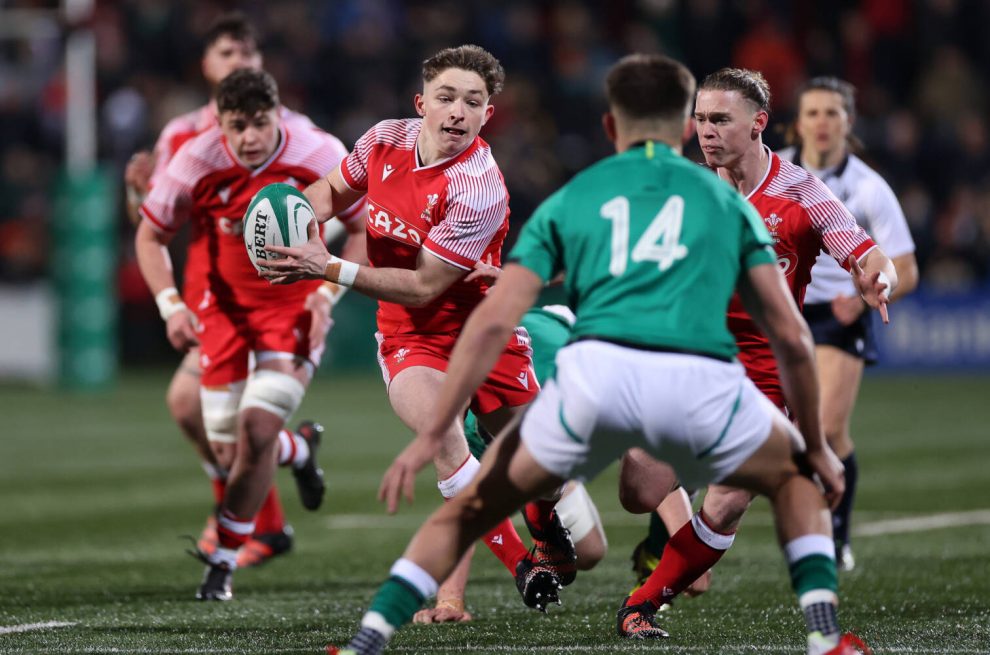 The next generation of Welsh stars will make a welcome return to Colwyn Bay when they host defending champions Ireland on Friday February 3, 2023 in a first round fixture (KO 7pm) before returning for their only other home match in round three against England on Friday, February 24, (KO 7.15pm).

Wales head coach Byron Hayward is confident his side can build on last summer’s success where they reached the final of the U20 Six Nations Summer Series.

“Every year we get the boys in the beginning of January, and we’ll show them the history of the boys who have gone on to senior level. The fact that it has happened so recently for those three which was basically three months after we played in Italy, is a massive motivational factor for them.

“Being in the Wales U20 squad is a realisation that they are close so that is definitely something we will be using as we head into the campaign.

“We now have a good programme in place and I’m confident we’ll get off to a really competitive start against Ireland.”

“I think the game at Doncaster was a really good game until the red card for Alex Mann. We were well in the game at that point and the boys played well. Obviously, it took its toll in the second half, but it will be a good battle again.

“We’re looking forward to going back up to North Wales. We’ve been up there for over 10 years so it’s a home ground for us really.

“A lot of boys have played there in the Welsh Premiership so it’s certainly not an unfamiliar place for us. We’ve always had a great welcome up there, we have a fantastic hotel where we stay at in the Quay, where the staff are superb and treat us unbelievably well,” added Hayward.

Cllr Charlie McCoubrey, Leader, Conwy County Borough Council, added, “The atmosphere at Eirias for games is brilliant so we’re really looking forward to welcoming the Wales Under 20 squad back to Stadiwm CSM in 2023.

“The fixtures are always hugely popular and have a positive impact on the profile of rugby in the region. It’s a real treat for rugby fans in North Wales to have these games on the doorstep again – come along and support the next generation of Welsh rugby stars.”