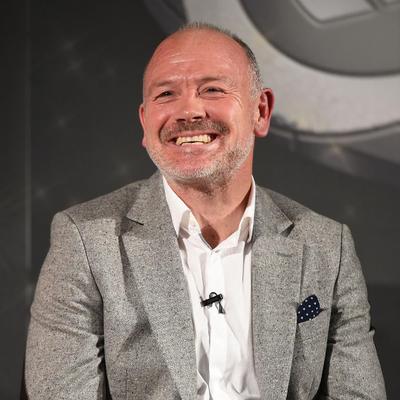 IEUAN Evans has been appointed chair of the Welsh Rugby Union.

The decorated former Wales and British & Irish Lions wing, who also chairs the Lions Board, takes over from Rob Butcher who served two-years at the helm but stood down after the WRU’s recent 2022 Annual General Meeting.

The WRU’s new figurehead was elected as a national council member of the WRU in 2020 and immediately elected onto the Board. He has served as vice-chair since 2021 and was elected chair at a meeting convened on Monday, November 28.

He is regarded as one of the greatest wings in Welsh history having scored 33 tries for his country over 11 years of international rugby and has forged a distinguished ambassadorial and media career since his retirement from playing.

“It is a huge honour for me to take up the position of chair of the Welsh Rugby Union and I fully intend to repay member clubs and my fellow directors for the faith they have shown in me,” said Evans, who will continue in his role as Lions chair in tandem with his new position at the helm of Welsh rugby.

“That means taking up the mantle for governance reform set in motion by my predecessors with both hands and driving change for the better in Welsh rugby.

“We should continue to celebrate what we do best and we have much to be proud of in our community game, where our clubs are the hubs of the cities, towns and villages in which they reside. Just as we should continue to be ambitious and proud of our achievements in the professional game, but we also know we must evolve and progress.

“The Welsh Rugby Union has one central mission to ensure sustainability and success throughout our game and this will be my mantra in the days, weeks, months and years ahead.

“If we stand still, we go backwards. Only by continued progress and evolution can we carry on punching above our weight on the world stage and commanding that very special place in Welsh hearts throughout the nation. We cannot take our standing in Wales and in the global game for granted. We must listen, we must effect change where necessary and we must continue to strive to be so much greater than the sum of our parts.

“I owe this to the great men who have gone before me as chair, but also to the passionate, learned, articulate and knowledgeable individuals around me. Now is the time to push on, to consolidate all that is good about Welsh rugby and to strive for more.”

Evans made his first international appearance with Wales against France in 1987. He was subsequently selected for three Tours with The British and Irish Lions, to Australia in 1989, New Zealand in 1993 and South Africa in 1997.

Among his most memorable moments was scoring the decisive Series-winning try in the third Lions Test against Australia in 1989 and his four tries during the 1993 Tour to New Zealand.

He captained Wales to the Five Nations Championship in 1994 and announced his retirement from the game in 1998.

“Ieuan is a hugely popular and significant figure in the Board room and respected around the world game, as is proven by the positions he already holds on World Rugby and as chair of the Lions.

“These are exciting times for Welsh rugby and there is much to do and we are delighted to be able to appoint a figurehead of Ieuan’s stature, who knows our game inside out.

“I know he has strong views about governance modernisation alongside the rest of the Board and fully understands our professional game. I know his impact will be immediate in terms of the style and acumen he will bring to the position of chair. I am very much looking forward to working with him as we chart the future for our game together.

“Finally, I would like to add my gratitude to Rob Butcher for all that he has done to move Welsh rugby forward during his time in the position and we are blessed to be able to retain his services on the WRU Council.”

Whilst former chair Butcher stood down from his position on the Board and as the Community Game Board chair – a position which has been occupied by national director John Manders as recently announced – he remains an integral member of the WRU Council.