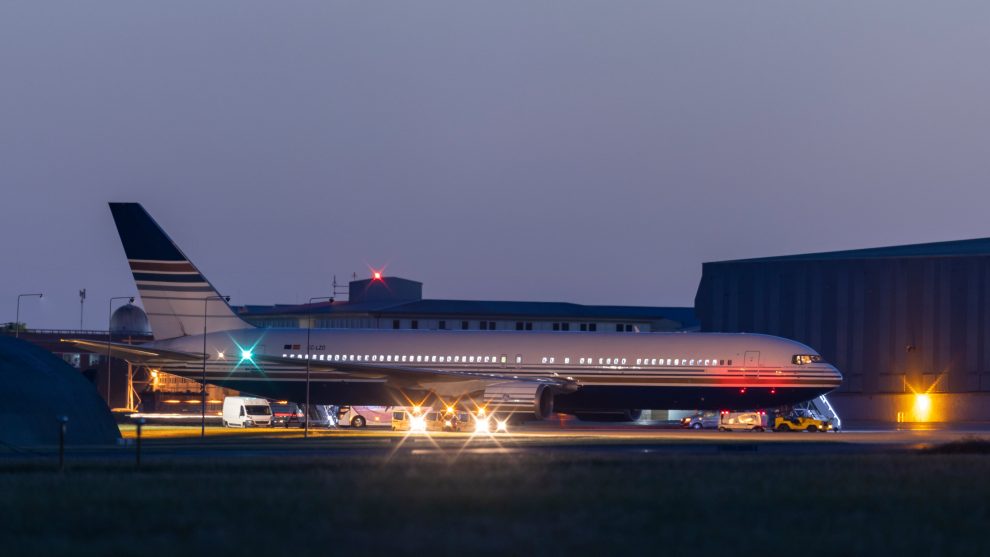 Tweeting an animated gif of the late Queen seated next to Prince Harry miming a mic drop and the word “Boom!” Mr Davies celebrated the High Court’s decision regarding the Rwanda policy’s lawfulness.

If only Mr Davies – or the individual who manages his social media accounts – managed to study the entire decision rather than recycle populist drivel accompanied by images of questionable taste that pull the Royal family into political issues.

It expended Mr Davies’s limited political capital on a policy area he delights in pointing out has nothing to do with Wales’s governance. It incidentally draws attention to the lack of judgement, independent thought, and perspective at the head of the Welsh Conservatives – or certainly the media operation around its leader.

Triumphalism never sounds less than offensive, often even to those on the same side of an argument. Misguided triumphalism is even worse and suggests scraping the bottom of the barrel. However, Welsh Conservative leader Andrew RT Davies – or the individual who managed his social media accounts – managed to get through the barrel’s bottom and tunnel headlong to the Earth’s core.

An analysis of the High Court’s judgement shows the Government’s victory was hollow, and its text highlights gross and repeated failings at the Home Office.

THIS WEEK the UK Government persuaded the High Court that its controversial plan to remove asylum seekers to Rwanda was lawful.

However, the Court gutted the remainder of the policy, making it unlikely that it – or any flights to the African county – would ever get off the ground.

The Government’s victory was predictable. Contrary to tabloid howls, the UK’s courts are reluctant to interfere in policy decisions. There are good reasons for that. Courts do not make moral judgements; each case turns on its specific facts. In such cases, not all grievances raise triable points, and judges limit their findings to whether issues raised before them are lawful according to precedent and administrative law. Moreover, governments can always legislate to amend any defects courts identify in legislation.

Examination of the judgement’s details reveals that – far from the victory the Government instantly and misleadingly proclaimed – Rwanda deportations are now less likely to happen than ever.

The Court reviewed eight cases. It quashed the decision to send the asylum seekers concerned to Rwanda in each of them.

The press summary of the judgement provided by the High Court makes the extent of the Government’s defeat plain.

THE TRUTH AND THE JUDGEMENT

In some cases, despite the ballyhoo with which the Government and its cheerleaders greeted the decision, the Home Secretary had already conceded her department wrongly decided some of the claims before the High Court.

In a second case, a doctor engaged by the Home Office found evidence of torture on an asylum seeker who claimed to have been the subject of human trafficking. The Home Office failed to consider that evidence, why he had not claimed asylum in France and made a complete hash of its procedures.

That pattern of irrationality and unfairness spreads through every decision regarding each of the eight asylum seekers, including in three cases that engaged protection under the Modern Slavery Act, supported by the whole Cabinet when Theresa May was Prime Minister. In every case, the failures were multiple and, in several instances, so gross that the judges scorched the ground underneath the Government’s position.

In the nineteen separate applications, apart from those in which the Government conceded the individual had the right to remain before the hearing, the Home Office must begin the asylum process again.

The lawyer and writer David Allen Green, who writes widely on constitutional and administrative law, explained the Court decision’s effects.

He wrote: “The impression one forms reading the judgment as a whole is that, with the resources and administrative competence available, the Home Office cannot make all the individual decisions.

“The legal issue with decisions that need to be made on individual circumstances is that each decision can be appealed or legally challenged according to those circumstances.

“Or, to put it another way: the government has legally saved its Rwandan removal policy at the expense of making the lawful implementation of that policy extraordinarily resource-intensive and financially expensive.”

Even now, the case could head to the Supreme Court, and there is a stay of three months on any removals to Rwanda – assuming the Home Office can recruit and train enough competent staff to fix the defects in its approach – until after the end of those proceedings.