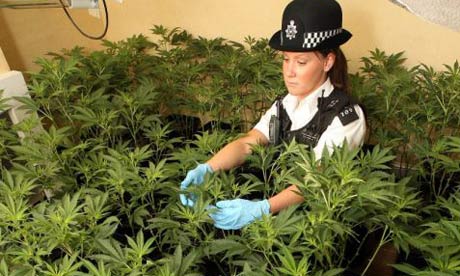 DYFED-POWYS POLICE executed a warrant under the Misuse of Drugs Act at a farm property in the Yerberston area of Kilgetty, Pembrokeshire on Wednesday (Jan 7).

A 25 year old male and a 52 year old male were arrested on suspicion of being concerned in the production of cannabis with the intent to supply. Both men were released on bail pending further police enquiries.

Approximately 1300 cannabis plants were seized at the property

DS Mark Richards told The Herald: “Anyone who has rented out property and are suspicious because of the lack of activity at the address, windows have been boarded up from the inside and they are not being allowed access to the property are asked to contact the police on 101.”

An initial police statement said that there were 13,000 plants but on double checking the police confirmed this was an error, and it was 1,300 plants.