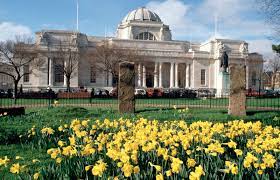 TWO new artists have been commissioned to examine the legacy of Sir Thomas Picton. The National Museum in Cardiff have commissioned two artists, Gesiye, and collective Laku Neg, in the hopes that the works will give a platform to those who were originally left out of Picton’s history.

A portrait of Picton, done by Sir Martin Archer Shee, has been a part of the museum’s collection since 1907. The new works will be part of the ‘Reframing Picton’ project being undertaken by the museum, and the Sub Sahara Advisory Panel.

The planned new works will look at colonial representations that existed in the National Museum’s galleries, and look at black experiences.

Sir Thomas Picton is a 19th Century slave owner and Governor of Trinidad, who had previously been labelled as a hero of the Battle of Waterloo, where he died following a gunshot wound to the head in 1815.

Picton was known to abuse the slaves he owned, and was considered a tyrant whilst he was alive.

Gesiye’s work will include her tattooing people as part of the project. Videos and photos of those will then be displayed in the museum.

Gesiye, from Trinidad and Tobago, has said: “I envision this piece as a ritual, a healing opportunity for black Trinidadians to reconnect to self, to this island and to each other.

“This work is not an attempt to rewrite history, it is a disruption of the narrative that is so often held up as a singular truth.”

Laku Neg, which means ‘Black Yard’ in Creole, consists of people of Trinidadian heritage, who live and work in the UK.

Their piece will be an installation that will include music and sculpture. It will be about victims of Picton’s regime in Trinidad, two girls named Louisa and Present in particular.

Laku Neg said they intend to provide an “ancestral work” that will present a “360 degree view of Welsh history”.

They added: “We aim to create an immersive installation, illuminating a story that did not make it across the Atlantic intact,

“In representing the Caribbean and its connection with colonial powers, we hope to prompt searching conversations about power, heroism and truth.”

Dr Kath Davies, the museum’s collections and research director, says she is looking forward to seeing the works on exhibition in the museum.

“We hope that it generates conversation about how we share the different perspectives and histories of Wales in a modern-day museum,” she said.

Fadhili Maghiya, the director of the Sub-Sahara Advisory Panel, was called on by the museum back in 2020 to examine the future of the Picton portrait.

He said: “The deeper you look into history, any kind of history, the more facets of truth are revealed,

“And it is important who does the looking, because we all come with lived and learned knowledge that shapes our vision.

“It’s no secret that history has rarely been written by people of colour.

“We are now in a time when we are taking ownership of our narrative and stepping from the footnotes of history into the centre.”

The commissions followed a callout to artists by the National Museum back in January 2021. Over 50 responses were received, the majority of which were artists that had a direct link to Trinidad.

Welsh secretary among MPs who got money from Pandora Papers company

Uni’s safe fasting advice for people with diabetes during Ramadan