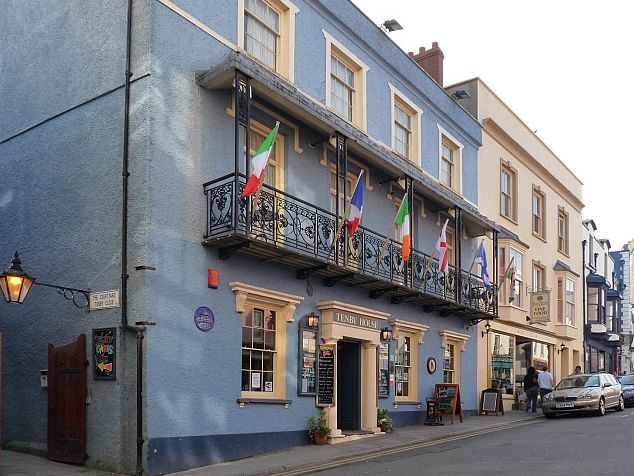 A NIGHT out in Tenby resulted in a Ludchurch man being given a curfew and fine at Haverfordwest magistrates court on Tuesday.

Joshua Frederick Palin, aged 20, of Farthings End, pleaded guilty to assaulting David Owens on August 25. Mr David Weale, prosecuting, said that Palin had been on a night out with a group of friends. On leaving the Tenby House Hotel words were exchanged between the men when Palin elbowed Mr Owens in the head knocking him unconscious. Mr Owens suffered suffered abrasions to his forehead and soreness to the right side of his jaw. He did not require any medical attention. Continuing he said that the defendant had a history of violence and this was an unprovoked attack (words were then used that we cannot report for legal reasons).

Defending Mr Kelleher said that Palin was already the subject of a community order and was genuinely sorry and remorseful.

A qualified carpenter, Palin was given a supervision order for 12 month for drinking skills and a three month curfew between the hours of 8pm and 7am. He was also given fines totalling £445.