Home » Concern for the state of specialist beef production 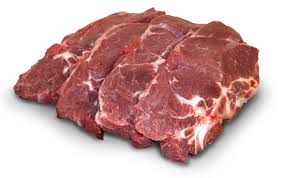 THE CURRENT fragile state of specialist beef production was highlighted at a recent NFU Cymru meeting when it was reported that the number of beef cattle, over two years of age, has decreased in Wales by more than 22,000 over the last four years. The figures highlight the problems within the Welsh beef industry of price volatility, cost of production and bovine TB, which are all contributing factors as to why Brecon and Radnor farmers present at the well-attended county Annual General Meeting feared for the future of the national suckler herd.

Addressing the meeting, NFU Cymru Livestock Board Chairman, Lyndon Edwards said, “Cattle finishers had a tough summer season whilst the store trade remained firm. The Irish supply of beef has now started to tighten therefore demand for UK produce is increasing. Margins are tight in the beef sector but I do believe that the prospects for the coming year are better.” Suggestions were made that the Wales Rural Development Programme (RDP) should be delivering on capital grants on practical items such as improving cattle handling systems on farm.

Mr Edwards continued, “We desperately need projects and schemes up and running to deliver RDP support direct to farm level as soon as possible. “Welsh farmers cannot afford to see support lost from direct payments this year without a clear timetable of when they will have the opportunity to recover this support back to their farming businesses.

We need the RDP to be straightforward and any funding must be accessed easily and made available to all farmers throughout Wales.” Looking at the sheep sector, the largest breeding flock of 4.4 million breeding ewes has been recorded in Wales for a decade. Mr Edwards concluded, “Weather conditions were far better for the 2014 lambing season, we have however seen poor practice on the part of some of the retailers during the summer months.

Throughout this I have met with a number of the retailers and impressed on them the need to back Welsh farming through placing PGI Welsh lamb prominently on their shelves. Alongside this we need to explore all avenues of improving lamb consumption at home as well as building new export markets.”