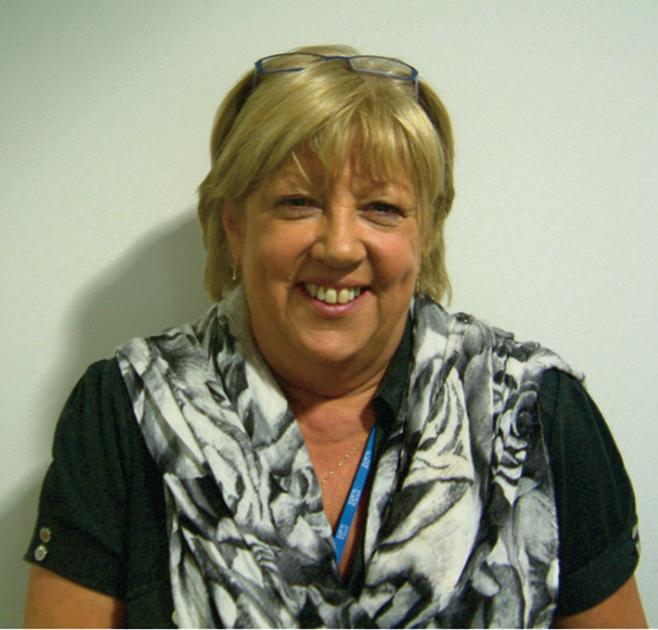 BERNARDINE REES OBE has been hired as the new chair of Hywel Dda University Health Board, Health Minister Mark Drakeford announced this week.

The appointment has been greeted as unwelcome news by one local councillor, Viv Stoddard – who told The Herald that Bernardine Rees was behind plans eight years ago to downgrade Withybush in a plan called ‘‘Designed to Deliver”. Mrs Rees, who trained as a nurse and lives in Ceredigion, was chief executive of the former Pembrokeshire Local Health Board and Pembrokeshire, Ceredigion and Carmarthenshire local health boards between 2003 and 2009. Her last executive position in NHS Wales was as director of primary, community and mental health at Cwm Taf University Health Board, where she also served as the organisation’s deputy chief executive. Mrs Rees is currently serving as a non-executive director of the Welsh Ambulance Services NHS Trust. She will resign this position to assume her new role at Hywel Dda University Health Board. Hywel Dda University Health Board provides healthcare services to around 372,000 people living in Carmarthenshire, Ceredigion and Pembrokeshire. The chair’s role is to ensure the board functions effectively by managing the agenda and establishing the board as a corporate team. Mrs Rees’ term of office will start on July 1, 2014 and run until July 31, 2018. Professor Drakeford said: “I’m pleased to announce the appointment of Bernardine Rees OBE as the new chair of Hywel Dda University Health Board. “I know she is passionate and enthusiastic about Hywel Dda University Health Board and has a wealth of relevant experience and I wish her well in her new role. “I attach great importance to the appointment of chairs who are chosen for their skills and experience and for the contribution they make to the work of the health board.” Commenting on the appointment, Cllr Viv Stoddard – a keen campaigner for local services – told The Herald: “Bernadine Rees has had a life-time career in the NHS. She is a true insider, no doubt steeped in the organisation’s culture. How can it be that she, or anyone with such a long NHS CV, be deemed to be the best person to fulfil this key role – which will include scrutinising and dictating the work of her erstwhile colleagues?” Cllr Stoddard added: “She was one of the two authors and drivers behind the infamous ‘Designed to Deliver’ glossy blueprint of eight years ago, that sought to downgrade Withybush Hospital, and heralded the advent of the deeply unpopular threecounties strong Hywel Dda Health Board. At that time, the county’s health watchdog, Pembrokeshire Community Health Council objected to the Designed to Deliver plans, saying that maintaining Withybush Hospital in its current site, with stateof- the-art accident and emergency department and a range of other services; and keeping the Special Care Baby-unit and consultant-led obstetric and maternity services were key to essential health services for the county.” Cllr Stoddard concluded by saying: “Pembrokeshire people gave a resounding ‘no’ to the reorganisation proposed in ‘Designed to Deliver’, just as they now say no to the very same controversial plans. Pembrokeshire Herald readers should now decide if it appropriate to appoint to this crucial post of health board chair, a person who has a long-history of pre-determined commitment to the radical, unpopular, and imminent changes to the county’s health service?”