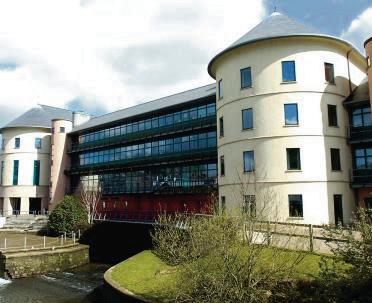 COUNCILLORS were unanimous in their criticism of the Local health board health board at Thursday’s full council meeting. Council leader Jamie Adams expressed his intentions to invite the Local health board to a meeting with members to explore their vision for the future. This was supported by everyone in the chamber. A number of councillors expressed their concerns at recent cuts to services with some saying that Pembrokeshire was becoming like a third-world country. Cllr Adams said: “This council expresses great concerns for health services in Pembrokeshire. “We are concerned at the amount of primary and emergency care, particularly as we approach the height of the summer season. “I express my disappointment at the lack of understanding we have had with the health board. “We have to have an understanding that services, on occasion, may have to change. “We need to be assured that these services will be truly accessible for the people of Pembrokeshire. I have failed to receive those assurances so far. “I invite the health board to tell us what they are going to do, to show us how it will work and to prove what they are going to do will work.” Cllr Mike Williams said: “Nobody seems to have any courage. In Tenby GP services have been reduced, the MIU which cost £4.2 million is now closed. “The RNLI and Red Cross have been called in to undertake work in Tenby during the summer. I have no faith in the health board. We are becoming a thirdworld country. It’s an absolute disgrace.” Cllr Bob Kilmister said: “The health board have not been listening to the people of Pembrokeshire, they have real concerns and I am still very concerned that the health board are not going to be honest with us.” Cllr Peter Stock added: “Everyone in Pembrokeshire is very disappointed. There have been seven changes – each one, we were told, was for the better. Is it? “There is a need to provide quality services here in Pembrokeshire.” Cllr Wynne Evans urged members to make sure they attend a meeting with the Board to express all their concerns. Cllr David Lloyd said: “We are joining the fight to save services a little late but better late than never. “We are proud of these people who went to the Senedd to protest, we need to keep on with this fight.” Cllr John Allen-Mirehouse said: “It is at least an hour from Angle to Glangwili. These are emergency services that are being cut. A cardiac unit is an emergency unit, a baby unit has emergencies. There is a feeling that Pembrokeshire people do not matter, but there are more people in the summer. We need to get together and talk very seriously.” Cllr Tony Brinsden said: “Change is inevitable but we need to see that he change is good for all the people in Pembrokeshire. “Cllr Anthony Brinsden told Full Council: “The health board has been so economical with the truth that I don’t think that I will be hauled over the coals for saying they have been telling us absolute lies. I sincerely hope that the new chairman will listen to us.” Cllr Stephen Joseph added: “It is absolutely ludicrous that we may not have a hospital, we need to fight this a lot harder.” Cllr Mike James said: “People in the north of Pembrokeshire have been waiting for a hospital in Cardigan for many years. We were told one would be by 2015. To take services further away could be a disaster. To loud applause, Cllr Reg Owens added: “We must remember that this is a criticism of the Health board and we should give credit to the front line staff.”