CWU strike will cause disruptions to Royal Mail deliveries 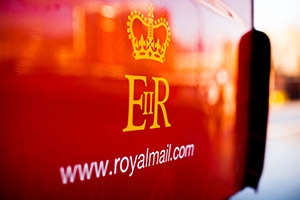 ROYAL Mail employees plan to go on strike for four dates in August and September leading to delays in parcel and letter deliveries.

The Communication Workers Union (CWU) has called on its members to strike after a vote of 98.7 percent in favour.

The strike will take place on the following dates:

Royal Mail have apologised for the inconvenience and have stated in a letter that it has “well-developed contingency plans” and that it will try “to keep services running”. However, letters will not be delivered on the days affected by the strike and that customers “should expect significant disruption”.

On days when strike action is taking place, Royal Mail says it will:

Items posted the day before, during or in the days after any strike action will be subject to delay.

Royal Mail said it cannot guarantee delivery of all special delivery items by 9am or 1pm next day, so it is suspending the regular guarantees while strike action is occurring.

The company is advising people to:

The action is organised by the Communication Workers Union (CWU), and involves approximately 115,000 employees.

Postal workers are in a pay and working conditions dispute with the company.

Royal Mail claims to be offering its employees the largest pay increase in years, the CWU pointed out that the offer is well below the rate of inflation.

The CWU has rejected a pay offer of 5.5 per cent due to it being much less than the current rate of inflation, which reached a 40-year high of 10.1 per cent.

“Postal workers in this country are being pushed to the edge, but there can be no doubt that they will fight the planned erosion of their workplace rights with determination,” said CWU general secretary Dave Ward.

“The CWU’s message to Royal Mail’s management is simple: do right by your workers.”