Home » Diving series not to return next year 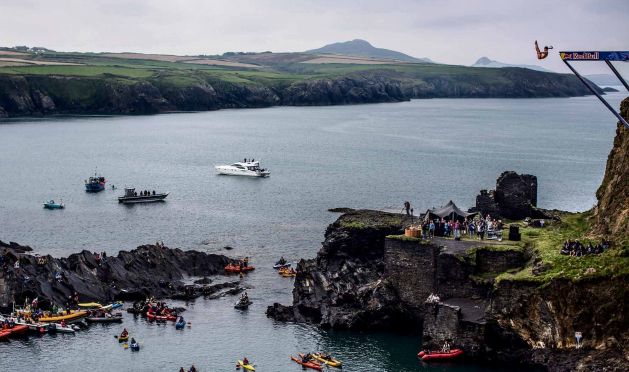 THE Red Bull Cliff diving series will not be returning to Abereiddy in 2014, organisers have confirmed this week.

The event at the Blue Lagoon has proved very popular and successful and it was hoped that the competition might return for a third straight year.

However, organisers have opted not to return and say they wish to give some other venues the chance to host the event.

A spokesperson from Red Bull Cliff Diving said: “Abereiddy is not on the calendar for next season and we’ve noticed that a lot of people are sad about that.

“The Red Bull Cliff Diving World Series is an international championship that travels the world looking for great spots. Every year we try to find new locations to give other countries and people the opportunity to experience this sport.

“Not coming back to a certain location each year doesn’t mean that the World Series won’t be back. It’s also important to offer a variety to the media and keep spreading the spirit of cliff diving.”