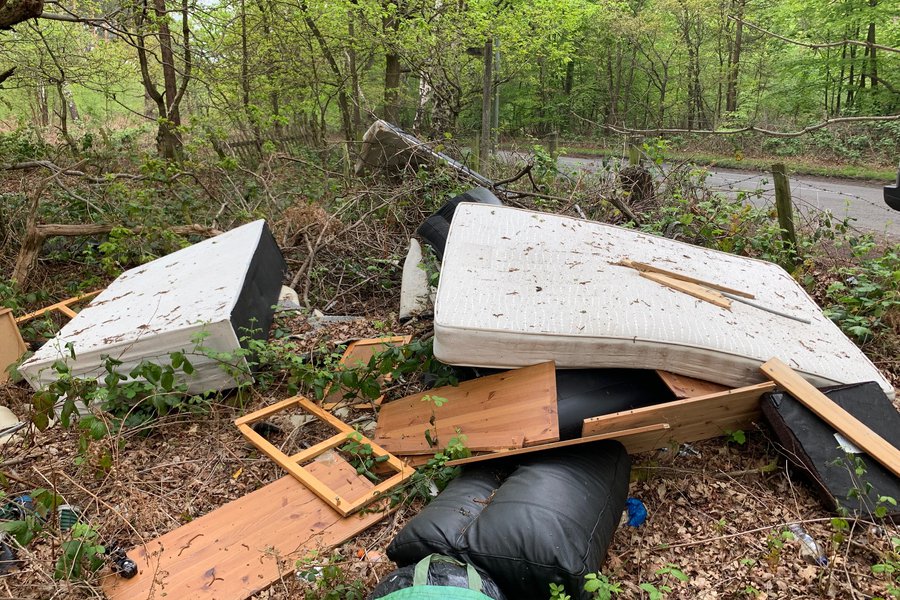 AS TOURISTS and locals head to beauty spots across the country this bank holiday, concern rises after heatwave leaves beauty-spot bins overflowing.

‘Fly-tipping’ is usually associated with van loads of tyres, sofas, and bulky household items being left in undesignated, hidden-away locations.

However, this summer, Wales has seen a rise in what is being termed ‘accidental fly-tipping’ at beauty spots — referring to when members of the public leave bins overflowing, place bags of rubbish next to full bins, leave rubbish littered near to waste disposal spaces, and abandon the likes of barbecues and camping equipment at sites of natural beauty.

To help tackle the issue before it arises, the organisations are reminding visitors to bring their own rubbish bags along — so they are able to take litter home and avoid instances of ‘accidental fly-tipping’ which cause a blight on so many of Wales’ beautiful landscapes.

Neil Harrison, Project Manager at Fly Tipping Action Wales, said: “We’re seeing a concerning increase in what we’re calling ‘accidental fly-tipping’. People think they’re being helpful by putting their rubbish beside the bins, but in reality, it’s an instance of illegal fly-tipping.

“There’s only so much capacity for local authority refuse collectors, and it’s not safe to leave an unmanageable surplus of rubbish for collection. This means that leaving bins overflowing is not only an environmental issue, but also a public health matter. What’s more, any member of the public found guilty of fly-tipping could face a costly fine.

“We’re asking members of the public to help us protect Wales’ natural environment and take their rubbish home if bins are full, keeping beauty spots to be enjoyed by all.”

With 20% of those surveyed admitting to behaviours which could be classed as ‘accidental fly-tipping’ in a recent DEFRA report , it’s hoped that the images released today will encourage visitors across Wales and the wider UK to ‘leave nothing but footprints’ and take all rubbish and belongings home after visiting outdoor beauty spots.

Jodie Bond, Head of Communications, at Brecon Beacons National Park, said: “The trend of accidental fly-tipping at beauty spots has grown in direct parallel with increased visitors looking for outdoor escapes during and after the pandemic — many of whom are new audiences, unfamiliar with the guidance encompassed by the Countryside Code.

“We’re committed to keeping our National Parks accessible, clean and safe for everyone who wishes to visit — that’s why we’re partnering with Fly Tipping Action Wales to try and combat the issue once and for all. “We’d like to say a huge ‘diolch’ to every single visitor who brings a rubbish bag with them on their next visit to the great outdoors of Wales. Taking all rubbish home with you will help to effectively stop instances of illegal fly-tipping and keep Wales’ National Parks looking as beautiful and pristine as possible.”

If you find a fly-tip in your area, report it to the local council.

Man charged with murder of elderly mother in Powys