Home > News > Get them out of here: RSPCA call for ‘I’m a Celeb’ to ditch live animals
News

Get them out of here: RSPCA call for ‘I’m a Celeb’ to ditch live animals 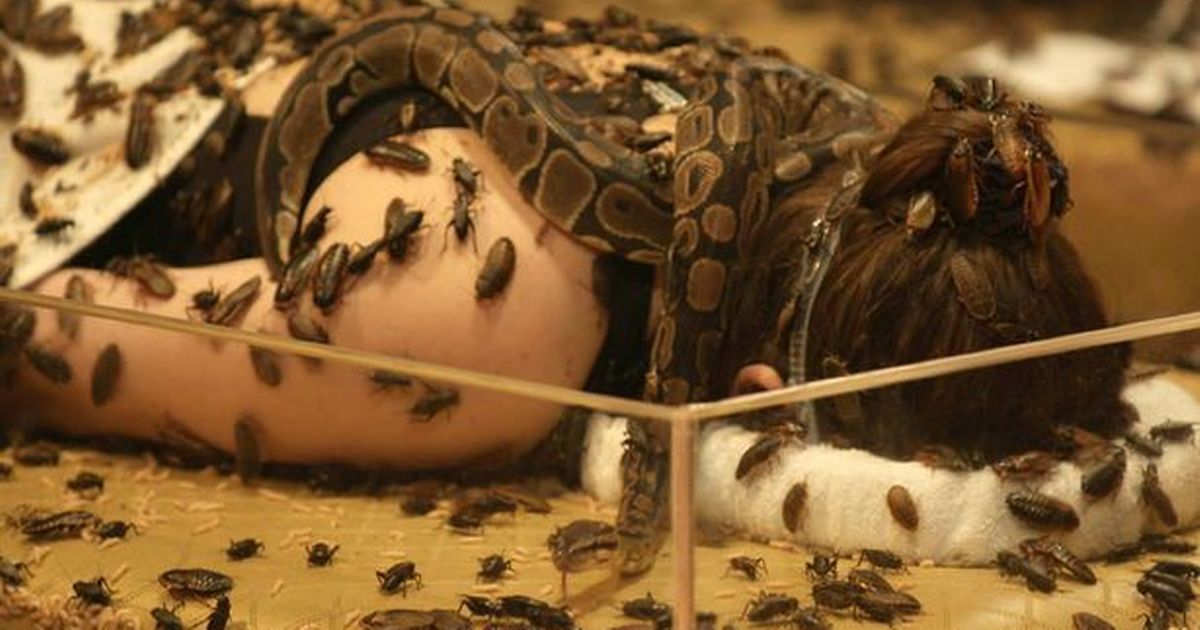 THE RSPCA has written to hit TV show ‘I’m a Celebrity…Get Me Out of Here!’ urging them to stop using live animals in their notorious ‘Bushtucker Trials’.

As ITV’s reality TV show returns to a base in North Wales this year for a second time after relocating from Australia amid the Covid-19 pandemic, the animal charity has written to the production company to outline its welfare concerns.

Last year, more than 11,800 RSPCA supporters wrote to Ofcom to complain about the use and portrayal of animals in the programme, which saw insects at risk of being crushed and lizards, rats, snakes and toads put in distressing and inappropriate situations.

RSPCA Chief Executive Chris Sherwood said: “Sadly, we know the next few weeks will likely see many live animals on our TV screens put in situations that could compromise their welfare for a quick laugh.

“We’ve urged the production company behind ‘I’m a Celebrity’ to think again – and entertain the animal-loving UK public without resorting to anti-animal Bushtucker Trials.

“Last year in North Wales, we saw animals – including snakes, bearded dragons and toads – put in very concerning situations; while insects were routinely at risk of being crushed and killed.

“We are also concerned at the way the programme portrays animals. With people discussing how scared they are, and animals portrayed in such a negative light, this programme is a long way away from our vision of a world where all animals are respected and treated with kindness and compassion.

“Positively, over 11,800 of our supporters wrote to Ofcom to air their views – and we anticipate a similar groundswell of opinion this year too. We believe it is very possible to produce this programme without compromising the welfare of animals, so urge all those connected with ‘I’m a Celebrity’ to re-think and update this show for the modern UK.”

Mr Sherwood has written to Lifted Entertainment, who produce the show, urging them to commit to withdrawing the use of live animals from future series – and offering the RSPCA’s support in creating a programme more in line with the values of the animal-loving UK public.

The use of live animals has been a constant feature of the show since it first aired in 2002. The new series starts on Sunday (November 21).

The treatment of vertebrate animals is governed by the Animal Welfare Act 2006 in Wales. However, 2020’s programming still saw a series of concerning incidents.

RSPCA welfare experts were troubles by large numbers of naturally solitary corn snakes confined together in boxes; bearded dragons, that require temperatures similar to their native Australia, exposed to conditions described by campers as “freezing cold”; and rats, corn snakes and toads stuck in barren boxes that campers had to blindly reach into.

Invertebrate animals – not covered by the Animal Welfare Act – were also routinely at risk of being crushed during trials.

The RSPCA believes that – in addition to causing distress to animals – the programme risks a negative portrayal of animals which may cause viewers to develop negative perceptions of certain species. There is also concern that those watching the programme may seek to mimic particular ‘Bushtucker Trials’.

The programme will air at a time when legislation is going through parliament to fulfil a UK Government pledge to recognise animal sentience in UK law – and there are calls for the Welsh Government to do the same in Wales too.

Jonathan Edwards: The House of Lords Must Go