Home » John Evans’ resignation: Council has no ‘appetite for change’ 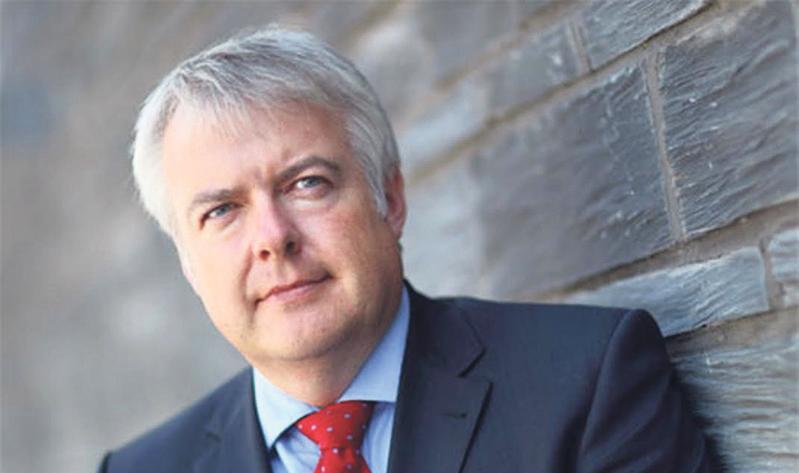 LAST WEEK the Pembrokeshire Herald reported on the resignation of John Evans MBE, independent external chair of the County Council’s Audit Committee and the effect it was likely to have on the progress of the ongoing investigation into alleged impropriety in grants schemes in Pembroke and Pembroke Dock.

When we first learned of Mr Evans’ resignation we approached the Council for a statement and a copy of his resignation letter. On that occasion, we were informed that the letter was not the Council’s to publish. Unknown to us, former Labour party councillor David Edwards had made a request for the letter under the Freedom of Information Act and the Herald has been informed that Mr Evans subsequently assented to its release. The letter reveals how after a meeting with two senior Council officers, named in the letter as Head of Revenue Services Kerry MacDermott and the
newly promoted Jon Haswell, who is Director of Finance, Mr Evans concluded that: “The vision I held when I

was appointed in Lay Member is no longer aligned with the appetite for change held by the Authority.” The Herald asked for the Council to comment on what was discussed at that meeting, but a spokesperson told us that they were not privy to its events and could not comment. Applicants for the new post are being directed to apply to Jon Haswell, who will no doubt be seeking someone more prepared to be aligned with his appetite for change. Councillor David Simpson, who sits on the Audit Committee and took over the handling of the grants scheme in a Cabinet reshuffle after the scandal broke, told the Herald: “We thank Mr Evans for his past work and look forward to appointing a new independent member of the Committee as soon as possible.” The date of the resignation letter, May 29, is also the date scheduled for a meeting of the Audit Committee which was postponed to allow Dr Steven Jones’ department to respond to specific issues raised in an internal audit report. Dr Jones’ department is the one responsible (entirely coincidentally) for controlling the Town Heritage Initiative and Commercial Property Grants Scheme currently under Police investigation. In further developments in the grants saga, the Herald can report that the Welsh European Funding Office met recently with Hakin Councillor Mike Stoddart. Cllr Stoddart has told the Herald: “When Cllr Jacob Williams and I inspected the files, we discovered that the council had accepted as evidence of defrayment a photocopy of the counterfoil of a cheque supposedly issued to the builder by the developer. “When we queried this with a member of the Council’s ‘highly regarded and experienced European funding team’ we were told that developers didn’t like producing their bank statements. To which we replied, in unison, that if developers didn’t like the rules they shouldn’t apply for grants. “From our conversation with the internal auditors, it seems that our view has prevailed. “In addition, I was visited a couple of weeks ago by a threeperson team from WEFO. We had a lengthy and fruitful discussion about the administrative failings of PCC including the proof of payment issue. It transpired that they, too, agree with me that photocopies of cheque book stubs don’t cut the mustard. “One thing that did emerge from the meeting with WEFO is that Cathal McCosker is so reluctant to provide his bank statements that, rather than do so, he is prepared to pay back the grant monies he has received.” Quite why Irish property developer Cathal McCosker should be so reluctant to back up the claims he has made on the public purse in Pembrokeshire by allowing his bank records to be examined can only be a matter of conjecture and is likely to be the subject of further examination by other authorities in due course. The refusal to allow inspection of bank records means that Mr McCosker has breached the terms under which payments were made to him. As a result now liable to repay the whole amount of the monies he and his brass plate companies received from the Town Heritage Initiative and Commercial Properties Grants Scheme. The Herald is now able to report that a planning application made by Mr McCosker to redevelop the Old School site in Pennar was withdrawn by Council officers when Mr McCosker failed to complete the purchase of the site on schedule. 50 Dimond Street, Pembroke Dock, for which Mr McCosker was allocated a grant before either purchasing the property OR submitting plans for its redevelopment, failed to sell at a recent auction. On the basis that the grant awarded, £122,000, amounted to 40% of the redevelopment costs, the cost of that project was scheduled to be £305,000. The property was marketed at auction with an indicative value of £210,000. Mr McCosker bought the vacant lot for a recorded price of £17,500. Mr Evans refers in his resignation to his desire to improve transparency, openness and scrutiny. It remains to be seen just how much further scrutiny those involved in the grants scandal are able to bear.